A few days ago, Telltale Games announced that its upcoming Batman game, Batman: The Telltale Series, would be the first title to feature its new ‘Crowd Play’ social feature. Crowd Play basically offers an optional way for players to make their playthrough a more social experience, and Telltale recently offered some new details on exactly how the feature will work.

The new details come courtesy of a Crowd Play FAQ which Telltale recently published. In order to enable Crowd Play, a player will need an active Telltale Online account (creating an account is free). Once Crowd Play is enabled, the game will generate a custom web page and a custom game code, both of which will be displayed on their screen as they play. Viewers can then visit the webpage from either a computer or a mobile device, enter the code, and start voting on the decisions they want the player to make. There will be two versions of Crowd Play, one where the player has to choose the most highly voted viewer choice, and one where the player still has control despite what viewers vote for. If a tie is ever reached in the viewer-controlled version, the player will be able to make the final call.

While Crowd Play can technically be used while livestreaming (a single Crowd Play session can support up to 2,000 individual voters), Telltale warns that network latency can lead to a sub-par experience. Crowd Play also won’t be available for the mobile versions of a given Telltale game, only the console/PC versions.

While Batman: The Telltale Series will be the first game to feature Crowd Play, Telltale plans to make it a standard feature for all Telltale games moving forward, which means it will likely show up in the upcoming third season of Telltale’s The Walking Dead and the second season of Telltale’s A Game of Thrones. The first episode of Batman: The Telltale Series is set to debut on August 2. 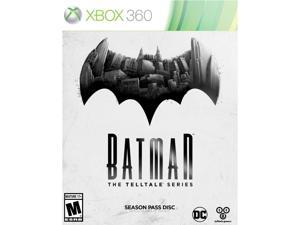 News
Sep 15, 2017
The second episode of the second season for Batman: The Telltale Series, an episode which is titled ‘The Pact,’ has been delayed slightly from its...

Batman: The Telltale Series: Class, choice, and what makes a hero a hero

News
Aug 02, 2017
As a long time Telltale enthusiast, I was excited to hear about new seasons of my three favorite TT franchises - Batman, The Walking Dead , and The...

News
Aug 04, 2016
The reportedly broken PC version of Batman: The Telltale Series has received a new patch which corrects some of the more glaring issues affecting the...