Review: Snipperclips is the Switch’s best co-op game, any way you slice it

As Snipperclips so vividly proves, charming and original indie games can be among a console’s best offerings. This cooperative multiplayer game elegantly blends unique puzzle-solving with addictive, clear-cut gameplay. It’s fresh, it’s fun, and following Zelda: Breath of the Wild, it should be the next game you add to your Nintendo Switch library.

I had a favorable impression of Snipperclips during Nintendo’s preview event last month, and the game’s appeal carried through to its final form. The small team at SFB Games, in collaboration with Nintendo, have produced one of the most clever and imaginative eShop games to come along in recent memory.

In an uncharacteristic move for Nintendo, Snipperclips doesn’t showcase any new features of their latest gaming console. Instead, its value proposition is simple and straightforward: hours upon hours of hilarious entertainment for you and up to three of your friends.

The lovable duo of Snip and Clip is who you’ll play as in this game. Resembling popsicles, these two quirky characters are every bit as charming as they look. Snip, the pink one, is clearly the better dresser with her knee-high boots and fashionable scarf, though Clip’s bowtie is also quite dapper. My favorite aspect of these two is how expressive they are without speaking a word. They jiggle and giggle if they brush up against each other, put on a sour grapes face when squeezing down low, and smirk playfully as they lop pieces off each other. It’s all so irresistibly cute.

Snipping your way to victory

Cutting colored construction paper into various shapes and sizes seems like a staple of most childhoods. Snipperclips draws on that idea for its central gameplay. You snip and clip each other to form a variety of shapes to solve the game’s many puzzles and challenges. To do so is very easy: one character overlaps the other and trims them down to size.

Aside from a brief 10-minute tutorial, there are virtually no other instructions or tips given to help you along the way. This is a good thing. It forces you to be creative, experiment and, most of all, have fun. You don’t really need to give kids many instructions to enjoy messing around with construction paper, and the same principle applies here.

A world of fun

World mode is where the bulk of Snipperclips’ content lies. This 1-2 player mode takes you through three worlds, each with 15 levels to complete, for a total of 45 levels in all. Initially, you’ll have access to nine puzzles in each world, of which you need to successfully pass five in order to unlock the remainder. Complete ten puzzles in any given world and you’ll be allowed to move on to the next. It’s a welcome system that enables you to pick and choose puzzles that interest you, as well as bypass those giving you a hard time.

Puzzles are quite varied, too, and while some are founded on the same core mechanics, no two puzzles challenge you the same way. Some require you to rotate and snip the characters to form certain objects, while others task you with activities like dunking a basketball through a hoop.

There are more creative levels, too, including one called “Princess Power-up,” which is set-up like a classic arcade game. Here, my partner and I had to cut a safe path through material while avoiding enemies, enabling the princess to collect three diamonds. You also have to use your head, literally, to move the princess using a joystick suspended from the ceiling.

Snipperclips presents you with dozens of creative scenarios like this one, which is why this game gets addictive fast. Plus, levels have a habit of constantly reinventing the gameplay, forcing you to think in progressively inventive ways. The icing on the cake is how there is rarely a single solution to solving puzzles. I would often revisit levels simply to try out devious new experiments, just to see the results.

Tests your ability to work as a team

Effective communication is the lynchpin that holds Snipperclips’ co-operative multiplayer together. When you (or your partner) work through a puzzle in your head, your next step is to verbalize this to the other person. Often times this results in hilarity.

In one scenario, my partner and I had to catch a hopping frog and reunite it with its babies on the other side of a wall. In order to catch the bouncy critter, my friend and I came up with a plan to carve ourselves into a pot and a lid. Verbally walking through the steps to mold ourselves into these shapes was amusing enough, but trying to capture the unruly creature turned out to be even funnier.

This emphasis on communication reminded me of multiplayer games like Keep Talking and Nobody Explodes or Microsoft’s upcoming Sea of Thieves where team cohesion is paramount.

Get the party started

For even more outrageous antics, Snipperclips’ Party mode adds two more players into the mix (for a total of four). You begin with a base list of 12 Party levels, and nine more can be unlocked after you beat World mode. Party levels offer more complex puzzles specifically created for groups. Again, your collaborative efforts are put to the test as you and your friends work together to solve original puzzles even more elaborate than before.

While Party mode is designed for four players, it’s also possible to play it with just two. In this case each person controls two characters, and you swap between them by pressing the “Y” button. You can place a character in any desired position, and when you swap out, they’ll retain that pose until you regain control.

Party mode is obviously more fun with four players, but that requires four people with four controllers to be in the same room (there’s no online option). Contrast that to the 2-player version, which can be played immediately with the two controllers that come bundled with Nintendo Switch.

For added fun, Snipperclips includes a 2-4-player light competitive mode called Blitz, featuring three mini-games. My friends and I would often visit this area to unwind after having our fill of puzzles and enjoy Blitz’s relaxed arcade-style gameplay.

First, there’s Basketball where two teams compete against each other and must try to lift the ball to sink it in the opposing basket. What’s amusing is that real-world physics are applied to the ball, and your characters don’t have hands. This means each team must frantically bounce the ball with their heads, or snip each other into shapes able to carry the ball (example, carving your head into a bowl).

Next, Hockey will appeal to fans of table hockey. Here, you’ll hit a puck back and forth trying to outsmart your opponent with fast ricocheting shots to score in your opponent’s net. With two players, the action plays out much like a standard game of air hockey, but at four players the game really gets intense. Like Pong, every hit makes the puck move faster, so matches quickly become a test of reflexes. You’re also able to snip off pieces of other players using the same cutting mechanic used in the puzzle modes, adding a whole new layer of strategy into the mix.

Finally, there’s Dojo mode, a hack ‘n slash elimination mode in which each player tries to slice their opponent until they completely disappear. Of all three mini-games this one is surely the most simplistic, as matches rapidly devolve into raging, all-out snip-a-thons.

Snipperclips is a blast to play, no matter if you go it alone or bring along up to three of your friends. The gameplay is very accessible, and since it only uses a handful of buttons on the Joy-Con controller it’s not too intimidating for very casual players to get started. What's more, the game tests your puzzle-solving skills in challenging and creative ways, making you think and laugh at the same time. Without a doubt, Snipperclips is the first indie game Nintendo Switch owners should check out, as hours of enjoyment await you at a very affordable price. 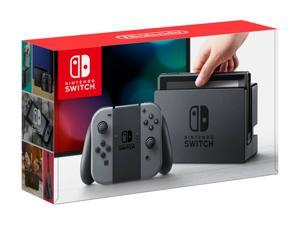 8.25 If you're looking for a good multiplayer game on your brand new Nintendo Switch, Snipperclips is a must. In addition to being accessible, it will test your ability to solve puzzles and work as a team. Expect a lot of laughter and hours of fun in this puzzle game offering great value for your money.
8

Charming characters, whimsical music, and colorful hand-drawn graphics await you in Snipperclips. This game exudes personality and looks wonderful on your TV, or on the Switch’s screen.

This is easily the best multiplayer game Nintendo Switch has to offer and the one you’ll want to bring out in social gatherings with friends. 4-players is where the most fun can be had, but keep in mind you’ll need an extra pair of Joy-Con controllers for this set-up.

Snipperclips’ intuitive, accessible gameplay means everyone can enjoy this game with a minimal learning curve. The only drawback is the game’s single control configuration: it’s not compatible with the Pro Controller and your only option is to hold the Joy-Con in its cramped horizontal position.

Snipperclips offers 66 unique puzzles and 3 party games, which is a fair amount of content given its budget price. With that said, unless you’re the type that enjoys discovering multiple ways to complete puzzles, there’s little reason to revisit levels once you’ve completed them.

Half-Life: Alyx – Your questions, answered
News
Feb 21, 2020
In about a month’s time, fans of Valve’s seminal Half-Life IP will get to once again explore the series’ unique sci-fi world…though not in the way they likely...

The big problem with PlayStation 4’s Dreams? Ownership
News
Feb 21, 2020
I’m just going to come out and say it, we have some screwed up notions of ownership in the video game industry. Now I’m not a lawyer so take everything I say...