Review: Raw Data is rich in content and highly polished

We’ve written quite a bit about Survios’ futuristic VR shooter Raw Data, mostly because it’s been in Early Access on Steam and the Oculus Store since July of 2016.

It’s finally on to the the next phase for Raw Data, as it’s being released as a full game as of today on the Vive and the Oculus, and the PSVR on October 10.

We were excited to find out if that development time and player feedback was used wisely, and if Raw Data would live up to our lofty expectations. We were not dissapointed.

Raw Data is the epitome of a VR shooter, and has refined the high tech shooting gallery gameplay we have come to know in VR games.

Each hand is used to fire a variety of weapons at wave after wave of increasingly aggressive and powerful robots in a detailed sci-fi backdrop. There’s some variation in level interactivity, especially in later levels, but it never really goes much further than pulling an occasional lever or moving an object from here to there.

Shooting is the focus here, and it’s done well. I played primarily as the dual pistol wielding  Bishop, and as you clear levels, you’re able to earn upgrades to your weapons. For example, Bullet Storm allows you to fire incredibly fast, or you can also slow down time with Time Warp to make short work of your metallic foes. These upgrades are critical in terms of spicing up the gameplay, instilling a sense of progression, and allowing for a gradual increase in the difficulty curve. I’ve always found something profoundly entertaining about bullet time, ever since I first played Max Payne in 2001. It may be a tired concept at this point, but experiencing it in VR adds a new level of immersion that makes it feel fresh again.

There are four classes you can play, and that design choice, along with the inclusion of difficulty settings, goes a long way toward increasing replay value. There’s the aggressive, shotgun wielding Boss, Saija the cyber Ninja who slices and dices with her sword, and Elder, who uses a pretty sweet futuristic bow. Gameplay doesn’t vary much, you’re still smashing apart the same robots, but the tools in your arsenal add some flexibility in how you do it.

Each “class” has those six upgrade slots, and it’s certainly worth playing through a few missions as each to experience the substantial difference in shooting styles.

The single player gameplay is simple overall, but very compelling. Taking down waves of mechanized foes doesn’t wear thin until near the end of the campaign, and even then it’s freshened up by the enemy variations and the different classes.

Though the dystopian cyber future has certainly been done a million times before, each level in Raw Data is carefully constructed, and a few, like the “outdoor” Soul Decrypt level are quite lovely. Some of my favorite sequences take place in the dark, where legless robots with glowing eyes jump out of the black and attack you, or the Thundershock mission where lightning randomly strikes and pulverizes your enemies along with you if you’re not quick enough.

Raw Data looks excellent, especially for a VR game. Everything from your hands to the aforementioned environments are stellar, and take advantage of the power of a VR ready PC.

It’s not the best looking VR game I’ve played, but it’s up there, and the graphics are more than sufficient to transport my brain into a cyberpunk dystopia.

It’s a shame then, that the story isn’t quite so intriguing. I know, VR games aren’t usually known for their complex narratives, but games like Narcosis and Lone Echo manage to weave effective storytelling into short VR experiences, so it can be done.

It’s not for lack of trying either. There is a remarkable amount of lore built into and around this game, the world building was clearly a priority.

What’s odd is that it doesn’t seem to have made it into the game. Throughout the single player missions you’re given hints of an overarching narrative, a corrupt, evil corporation, a megalomaniacal AI construct, computer viruses, the search for a lost father...every single trope that could be fit into the setting is touched on here, but it never transcends mediocrity, and it’s never brought to the forefront. That’s not to say the story or the world building here is bad, it’s not, it just lacks any artistic innovation, and seems relegated to optional pieces of text.

The characters are fine. There’s a pithy AI that follows you around, a woman on the other end of your comm who is fairly generic, and a cheeky computer that works for the evil corporation that’s trying a little too hard to be GlaDos. The dialogue, like the story, isn’t terribly remarkable, but it’s delivered well by a talented voice cast.

I don’t want it to appear as though I’m harping on the narrative, it’s just interesting to see so much of the marketing focus for Raw Data on story, and so little of it in the actual game. There is lore here, and if you want to get into it all the power to you, but I never found it compelling enough to draw my attention.

Movement in Raw Data, at least in the single player, utilizes the teleportation method, where you point to travel instantaneously. I like the way that teleportation locomotion was worked into the lore as one of the inventions of the nefarious Eden Corporation.

It works perfectly fine, though I wish they had eliminated the cooldown time after using it too much. It would have increased the pace of the game if you were allowed to freely move around the map unhindered, but perhaps that would have diminished the challenge.

I did notice a few small bugs when it came to movement, but nothing game breaking. When riding up in an elevator my guns would sometimes disconnect from my body and float above me which was a little unsettling. Also, after defeating the final boss (who was pretty cool by the way,) the elevator left without me on it. It still counted as a mission complete so I didn’t mind, but it was funny.

Other than these two bugs though, Raw Data’s single player is well polished, which speaks highly of Survios’ ability and willingness to listen to player feedback during the testing process.

Forty dollars might be a little steep for a ten level campaign, even one as fun and polished as this, but the inclusion of multiplayer is a strong argument in favor of this price point.

I’ve written about my experience playing the PvP awhile back during the closed beta, so I won’t go into too much detail here as to not risk repetition. It should also be mentioned that server population was very sparse this time around because the game had not been released, so we weren’t able to test the PvP as exhaustively as we would like. We will update this review if our experiences with it in the future are significantly different than previously discussed.

In short, Raw Data’s PvP is super fun. Fighting over control points against actual people is immensely entertaining, and feels very much like a sport from the future.

Movement is handled by teleportation, or you can move forward using the trackpad on the right controller and the direction you are facing to move forward. This is the preferred method, it allows for a smoother, more traditional PvP experience.

I’ll be curious to see how many people get into Raw Data’s multiplayer, how populated the servers become, and if new modes and maps will continue to be added.

As it is, it’s immensely entertaining, more than enough to overcome the few rough edges we experienced.

Raw Data has been on the horizon for a long time, and I’m glad it’s finally ready to show off everything it does so well. It’s an unapologetically fun VR experience. It’s good looking, fun to play, and the multiplayer mode is almost worth the price of admission alone.

I very much enjoyed my time with the single player, and very much look forward to diving back into the PvP. It may have been a long time coming, but I’m happy to say that Raw Data was worth the wait. 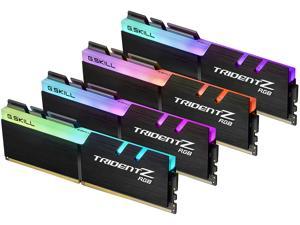 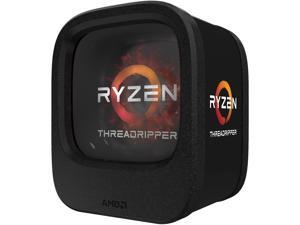 8.00 Raw Data might not be reaching for artistic profundity with its narrative or setting, but what it lacks in creativity it makes up for in polish and sheer entertainment value.
8

This is a fairly straightforward VR shooter, but the inclusion of classes and exciting environments adds variety.

Raw Data looks great. Everything is detailed, from the robots to the animations, and it’s one of the best looking VR games I’ve played.

The story and world suffer from a lack of creativity, but excellent vocal performances by the cast help.

The teleportation mechanic is very well implemented, the shooting works well, and even in PvP controlling your character is intuitive.