I’m the kind of guy who drives a nice, safe 55 miles per hour on the freeway. 65 if I’m feeling frisky. I drive on the right and let people pass. I don’t honk. I don’t tailgate. But I also grew up in New Jersey, and there’s part of me that longs to fly down the highway at 120 mph, Born to Run blasting out of my speakers. I usually get that fix by playing vehicle sequences in FPS games or mowing down pedestrians in Grand Theft Auto. I get to vent my anti-social tendencies and my road rage at the same time. What’s not to like?

My most intense, nail-biting racing moments in racing games involve Mario and Bowser riding go-karts. I am not the target audience for Project CARS 2. But every few years, I recall some fond times playing the original Gran Turismo back in ye olde 1997 and marvel at how awesome current-gen racing sims look. I entertain buying them, and then get distracted by Overwatch’s latest costume party. But the siren song of engine and exhaust still whispers from the game shelves.

So when my editor said he needed someone to review Project CARS 2, I jumped on it. It’s exactly the sort of car fanatic fantasy I wanted to try again. One (long!) download later, I was sitting in the driver’s seat of a McLaren, skidding around turns, slamming into tire walls, and getting lapped by the AI.

I wasn't far into Project CARS 2 before I recalled that I could never quite earn an A-license in Gran Turismo. How I was so terrible that the game wouldn’t even let me progress. Sure, I could race my cruddy Honda hatchback around the same few tracks again and again, and get first place and earn my way up to a Viper, but I’d never be Days-of-Thunder-worthy. I’d never race with the big boys.

That’s when I dug in, and was determined to reach competence in Project CARS 2. I chose one car and one track and didn’t fiddle with any of the tuning or settings. I banished the AI back to its virtual pit stop. And I raced the same track, over and over, for an hour, all by myself. I learned how to brake, how to accelerate, and how to guide my McLaren around the turns. The experience could be described as “bizarrely hypnotic,” but certainly not easy.

But I felt immense satisfaction when I was finally able to race around the entire track without missing a single turn. The physics engine feels tight and fair. The car’s handling is predictable and enjoyable. A key realization was understanding that I need to be very gentle on the left and right triggers that control my braking and acceleration, respectively. Much like in real life, I can’t just slam the hand brake and expect to take 180 degree turns at 100 MPH.

This game does not bother to explain itself to you. It assumes deep familiarity with the physics of professional driving. The closest thing it has to a “tutorial mode” is the “driving line.” When you activate this option, the game places a multicolored line on the race track to show you where you should be driving, accelerating, and braking in order to take turns like a professional driver. If I had this option enabled when I undertook my Epic Hour, it might’ve been an Epic Thirty Minutes.

I know nothing about cars, but after just a few hours of gameplay I could tell the difference between how each car handled, and even developed preferences (Lighter Japanese racers over heavy American muscle cars - and the McLarens are scary). This is a testament to Slightly Mad’s modeling detail - even someone who’s completely car-ignorant can feel the difference between each car.

Did you ever want to race cars in Silent Hill? Turn on the blizzard weather functionality in Project CARS 2. I half expected Pyramid Head to jump out and cut my car in half with a giant knife.

Speaking of blizzards, the scariest real-life moments of my life behind the wheel occurred during snow storms. Project CARS 2’s blizzard simulation feels real enough to give me anxiety attacks.

If you can play this on an extremely high end PC, do it. I thought Project CARS 2 looked beautiful on my PS4 Pro, but after seeing 4K 60fps footage on a PC equipped with a GTX 1080 Ti, I was blown away. Which isn’t surprising, given that the GTX 1080 Ti costs almost double what my console does.

During my review process, I invited a racing game fanatic friend over to play Project CARS 2. Five hours later, I had to kick him out of my apartment. But before I did, he gave his seal of approval on all fronts - sound, feel, detail, and track authenticity. In fact, he and I spent most of those five hours zipping around a track he loved from Gran Turismo 2, modeled in loving detail by the PC2 team.

PC2 also has all the features that seasoned driving sim veterans would expect from a game of this caliber: a career mode (including go-kart racing!), quick race mode, an auto showroom, and replay mode. The car tinkering options are extensive, and there’s even a race engineer (for mooks like me) that listens to your car problems and adjusts different car components accordingly.

If Mario Kart is God of War, then Project CARS 2 is Dark Souls 3. Sometimes it’s fun to let your finger live on the throttle, tear around corners, and fly off airborne rainbow tracks while flinging banana peels at people. But sometimes you want to be methodical, calculating, and precise. You want a game that rewards your dedication and skill, where first place is hotly contended and blue shells never steal your lead.

A racing genre skeptic might ask why you would you want to play a game where you just drive around in circles all day. And to that I would respond: There aren’t many games out there, in any genre, that really reward flawless performance. Project CARS 2 requires it. Every turn, every curve, every straightaway - each one is an opportunity for perfection To contend with changing conditions, competing drivers, and the track. To become the best version of yourself.

If all that appeals to you, get Project CARS 2. 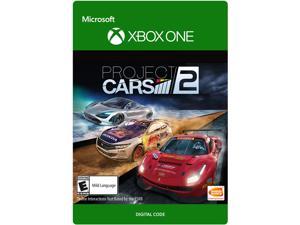 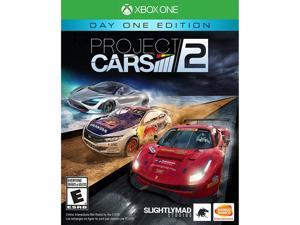 Sold by:
Newegg
Add to Cart
Platform: XBOX ONE
Project Cars 2 - Xbox One 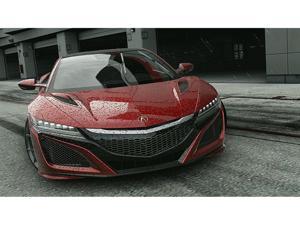 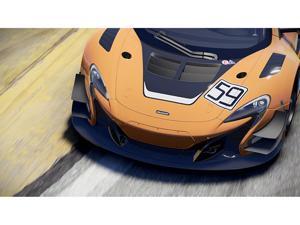 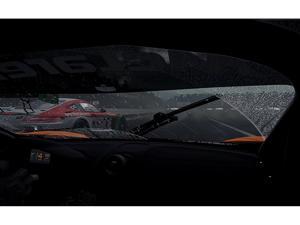 9.00 Speaking as someone who has never been heavily invested in racing games, Project CARS 2 blew me away. It won't hold your hand and it isn't afraid to challenge you, but it will reward your efforts with hard-earned success.
9

On the PS4 Pro, this game is beautiful. On a PC, it’s unbelievable. From the detail on the driver’s gloves to the rain on your windshield, to the glossy finishes of the cars themselves, no detail is overlooked. The audience stands and sky might not look wholly believable, but if you’re playing right, you’ll be going too fast to care.

This game sounds as good as it looks. There’s no musical soundtrack to races in Project CARS 2 - just the roar of the engine, the squeal of your tires, and your own furious cursing when you spin out for the hundredth time. The menu screen plays some laughably dramatic themes, as if driving cars fast could save the world. Then again, if play enough PC2 you might start to think it could.

If you buy into its intense simulationist premise, you will reap deep rewards. There’s a zen on the race track I’ve never experienced in any other game genre.

While we didn’t have a wheel / stick / pedals to review this game with, the PS4 gamepad delivers a fantastic experience. The triggers and analog stick are amazingly sensitive, and you can adjust many parameters if the out-of-the-box experience doesn’t work for you.