Review: Ori and the Will of the Wisps is great despite technical issues

The team at Moon Studios created magic with Ori and the Blind Forest. It's no surprise, then, that so many people were super excited about Ori and the Will of the Wisps. It looks like that excitement was totally justified as this sequel is every bit as awesome as its predecessor.

Well, for the most part, anyway.

Unfortunately, Ori and the Will of the Wisps suffers from a few glaring technical issues. These performance problems aren't game-breaking — they weren't for me anyway, though other players seemed to experience some pretty awful issues — but they do affect the overall quality of the game.

Ori and the Will of the Wisps kicks off with a familiar cast of characters enjoying their natural habitat. After an introductory sequence that lasts just a bit too long, one of the characters goes missing, and it's up to Ori to, well, you get the idea. The setup here may be pretty unoriginal, but there are some decent emotional story beats later on that work really well.

Right off the bat, Ori and the Will of the Wisps grants you a few useful abilities that were previously saved for later in the game in the original. These abilities — wall jumps, wall climbing, double jumps, and so on — combine with newer attacks and moves to provide you with a robust arsenal of useful maneuvers that really let you shape how you want to play the game.

Some of the cooler abilities in Ori and the Will of the Wisps include energy attacks that function like a boomerang and a bow and arrow. To go deeper into which abilities new and old you can unlock later in the game would definitely be a bit too spoiler-y, and I would hate to ruin the fun that's to be had by making these discoveries as you play.

Progression remains largely similar to Ori and the Blind Forest here. The game blends platforming with light Metroidvania elements to create an exploratory adventure that feels organic and wonderfully paced. Ori and the Will of the Wisps is really good about enticing you to dig deeper. Even when I knew exactly where to go next, I couldn't help but to explore a hidden cave or use Ori's abilities to break down barriers and find hidden items.

Combat is really challenging, even on the normal difficulty setting. There's a wide cast of enemies, and they're spread out really well so that you're not always fighting the same baddies. This is something that Ori and the Blind Forest didn't do very well, as you'd often face a lot of the same enemies for long stretches. There's still some of that here, but there's a much more diverse pool of enemies, which means encounters feel fresh more often.

Ori and the Will of the Wisps manages to feel familiar while infusing a huge dose of newness into its beloved formula. Gone is the manual save system in favor of traditional checkpoints. This helps to alleviate some frustration as it was easy to lose track of when you last saved in Ori and the Blind Forest. It's like an uncomfortable sense of impending doom has been lifted. And while I didn't necessarily hate the old manual save system, the autosaving in place here is a welcome change.

The systems surrounding Ori's abilities are different this time around, too. Initially, you can equip up to three different abilities at once. This creates a more dynamic, personalized experience as it allows you to use the abilities you find more useful or enjoyable to your personal tastes. It also encourages multiple playthroughs so you can experiment with different combinations of attacks and abilities.

Ori and the Bold and Colorful Forest

Much like the first game, Ori and the Will of the Wisps features a richly colored world filled with bold hues, bright colors, and glowing lighting effects. The game looks really nice. Unfortunately, I did notice some lo-res imagery and textures. I'm not sure if that's related to the technical issues the game is experiencing at launch, or if that's just how it looks. Either way, it was really noticeable.

Speaking of technical flaws, while I didn't encounter any severe technical issues, I did experience some nasty hiccups. The frame rate dropped early on during my playthrough, and then again randomly in different areas. Even something as simple as opening the map screen or switching to my inventory resulted in brief-but-annoying pauses that lasted about two seconds. That's a problem, because it ruins what should otherwise be seamless transitions and gameplay.

The music and sound effects are, thankfully, unaffected by these performance issues. That's definitely great news as the sound design of Ori and the Will of the Wisps is fantastic. The music is catchy and serene, with nicely composed themes that fit perfectly with the game's ethereal, otherworldly vibe.

For the most part, I enjoyed my time with Ori and the Will of the Wisps even more than I did with the first game. Unfortunately, the game's performance flaws, while not fatal, are still pretty bad at times and are capable of ruining your level of engagement with the game. It's a case of gameplay quality versus performance. Ori and the Will of the Wisps is a better overall game than Blind Forest, but the problems you encounter along the way most certainly cause a dip in quality.

Even with its issues, Ori and the Will of the Wisps is an absolutely stunning and enjoyable game. Once the issues are ironed out, this game could potentially be a contender for one of the greatest adventures of the year. Until then, though, if you were a fan of the original or are just curious about this sequel, you should still check it out — just be warned that you'll probably see a few bumps along the way. 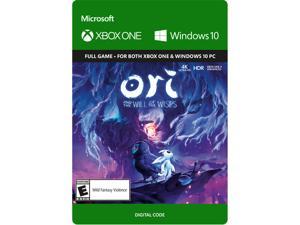 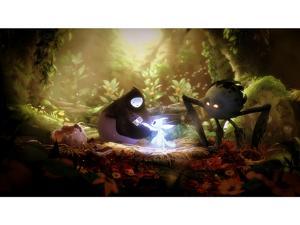 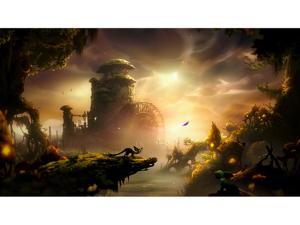 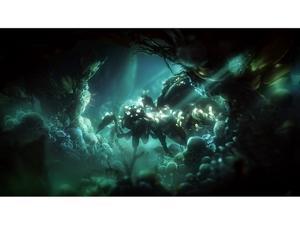 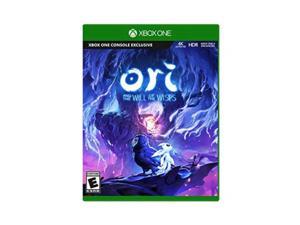 Sold by:
Newegg
Add to Cart
Platform: XBOX ONE
Ori And The Will Of The Wisps Collectors Edition - Xbox One 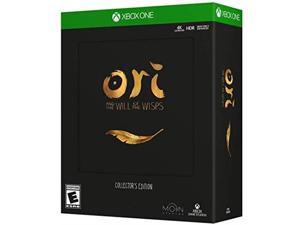 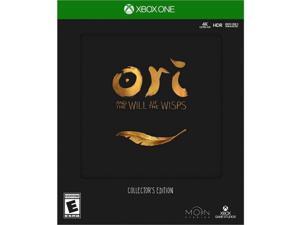 Ori And The Will Of The Wisps Collectors Edition - Xbox One

Sold by:
Newegg
Add to Cart
Platform: XBOX ONE
Ori And The Will Of The Wisps - Xbox One 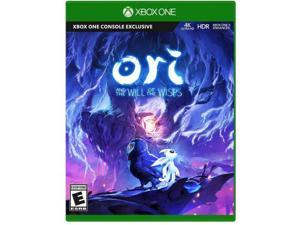 Ori And The Will Of The Wisps - Xbox One

8.00 Ori and the Will of the Wisps comes with some outstanding quality of life improvements over the gameplay of the original. The inconsistent performance won't completely break your engagement, but it will affect it. That said, there's just no denying that the world of Ori is one that's easy to get lost in and fall in love with.
9

While not game-breaking, Ori and the Will of the Wisps suffers from some glaring technical flaws.

The world of Ori looks great, with bold colors and fantastical forest settings, though there are some ugly textures and resolution problems.

The music and sound effects you'll hear throughout the adventure are really catchy and nicely composed.

Review: Nioh 2’s punishing combat crucible is as rewarding...
Reviews
Mar 16, 2020
Platforms: PS4 (reviewed) The massive horse-headed beast lumbers towards me and swings an equally massive axe, aiming to crush me in one fell blow. On pure...
REVIEW