Review: GreedFall is a triumphant return to form for tactical action RPGs

In many ways, developer Spiders’ and publisher Focus Home Interactive’s newest title GreedFall feels like a game that should have existed during an earlier gaming era. To be clear, that’s in no way an insult to the ambitious new RPG title, just the opposite in fact. GreedFall harkens back to the golden age of BioWare-style RPG franchises like Mass Effect and Dragon Age, dropping players into a captivating fantasy world that’s rife with magic, monsters, and multiple avenues for creative problem solving.

BioWare has admittedly faltered a bit as of late with the troubled launches of first Mass Effect: Andromeda and more recently its games-as-service title Anthem, leaving smaller studios like Spiders to pick up the slack. Thankfully, GreedFall gives players a chance to scratch that old familiar tactical RPG itch by immersing them in an epic adventure which perfectly balances the nostalgia of BioWare’s heyday with an entirely original world of intrigue and mystery.

For GreedFall, Spiders crafted a unique fantasy setting that combines elements of 17th century colonialism, Celtic myth, and traditional European fantasy tropes. The game’s story is specifically focused on a mysterious island called Teer Fradee that’s home to a race of indigenous tribes who practice magic and live harmoniously with a race of ancient beings called the Nadaig.

Players take on the role of a noble diplomat and warrior named De Sardet who travels to Teer Fradee for two distinct reasons: to help their cousin establish a new colony, and to find a cure for a mysterious disease called Malachor that’s ravaging the colonist population. Similar to Mass Effect’s Commander Shepard, De Sardet’s gender and physical appearance can be deeply customized, as can their skillset, allowing players to approach combat and exploration the way they want to.

Throughout the course of their adventure, players also recruit a number of NPC companions who travel and fight alongside them. These companions have their own personal goals, combat styles, opinions, and faction loyalties. Helping companions can slowly lead them to open up to and befriend De Sardet, and in some cases romance is possible depending on De Sardet’s gender. However, if a player neglects a particular companion or makes too many decisions that go against their personal code, they could outright leave the party for good or even turn against De Sardet.

Along with maintaining their companion relationships, players must also take care in how they deal with Teer Fradee’s various factions. Along with the indigenous clans, there are factions like the Nauts (a rowdy guild of sailors), the Bridge Alliance (a conglomerate of merchants and alchemists), and the Order of Theleme (a religious faction of priests and cardinals) among others. The player’s personal motivations will not always align with what these factions ask of them, but angering a faction too much might cut off access to certain side-quests and (as mentioned earlier) may even cause certain companions to leave.

Once they venture beyond the safety of Teer Fradee’s established towns and outposts, players will have plenty of opportunities to test their combat mettle. GreedFall employs a combat system that caters to both tactical turn-based fans and those who prefer more fast-paced action. Using one or two-handed melee weapons, firearms, magic, or any combination of the three, players can engage foes with standard attacks, disrupting physical attacks that can stun and knock down enemies, and powerful “fury” attacks that must be charged up but deal heavy damage once unleashed.

The breadth of different skills and weapon types available to the player means that melee and ranged combat are both viable options. If they prefer, players can wade into the thick of things with a massive two-handed sword, pelt foes from a distance with bullets or magic missiles, lay down traps to control the battlefield, or quickly dash and dodge around foes whilst needling them with a rapier. Best of all, players can make free use of a unique ‘tactical pause’ feature that freezes the action with the push of a button, allowing them to choose their next move without having to worry about avoiding incoming attacks.

GreedFall’s talent system is where the real meat of the game’s RPG structure lies, and thus it’s not surprising that new talent points are accrued more slowly than skill and attribute points. Depending on which talents they choose, players can further customize De Sardet by deciding what sort of problem solver he/she is. If you want to fully embrace De Sardet’s training as a diplomat, you can invest in the Charisma talent and talk your way out of tense encounters. Pursue the Science talent and you can craft explosives to blow holes into walls and open up new exploration routes.

Certain talents like Science and Lockpicking are also handy if you want to take a more stealthy approach. While stealth isn’t an option for every single quest in GreedFall, it’s still worth investing in if you’re the sort of player who enjoys sneaking around and using stealth attacks to end potential fights before they even begin.

GreedFall’s main story of colonists encroaching on the lands of indigenous peoples is clearly meant as a sort of allegory for the colonization of 17th century North American territories and the conflicts with Native American tribes that inevitably followed. The game’s narrative admittedly doesn’t try too hard to draw attention to the inherent problems with one culture forcefully imposing itself onto another which it deems as “primitive,” and that might rub some players the wrong way. De Sardet may be a skilled diplomat and fighter, but at the end of the day he/she has frustratingly little impact on the powers that be.

Other than the potential problems with Spiders’ choice of narrative backdrop, there’s little else about GreedFall that warrants complaining about. The game runs smoothly with nary a bug in sight, and its graphics, while not flawless, are still quite impressive considering Spiders was likely working with a much smaller budget than what a studio like BioWare is used to.

The PC version’s system requirements are also surprisingly mild given GreedFall’s graphical output and the sheer scope of its world. I’d say my gaming PC falls squarely in the mid-tier camp with its NVIDIA GeForce GTX 1050 Ti graphics card and AMD FX-8300 CPU, and yet GreedFall ran flawlessly at medium-high settings (my 16GB of RAM likely helped as well).

As for gameplay issues, there were really only a few little nitpicky things I took umbrage with. GreedFall’s quest markers can sometimes be laid out in a confusing manner, making it hard to discern where to go next. Also, since you can’t directly play as the companions you recruit, having De Sardet die results in an instant game over, a frustrating outcome if a tough enemy lands a few lucky shots on you while your companions are sitting pretty with their health pools intact.

Thankfully, the game’s generous auto-save system means that any progress you lose from death or deciding to reload after a poorly chosen dialogue option is often minimal. GreedFall’s various difficulty levels also ensure that RPG fans of all stripes can enjoy the game’s pacing, be they casual players who just want to soak in the world and story or hardcore tactical combat enthusiasts who want every encounter to have life-or-death stakes.

GreedFall was clearly made for players who already enjoy the BioWare brand of RPG’s, i.e. games that mix tense tactical-action combat with expansive roleplaying opportunities. However, Spiders has also ventured outside the BioWare mold enough that its newest title feels very much like its own beast even as it pays such distinct homage to the BioWare properties that came before it. Taking its full measure into account, GreedFall isn’t perfect, but for those who already appreciate the tried and true BioWare formula it’s a brilliant return to form that’s well worth playing. 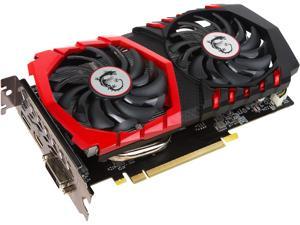 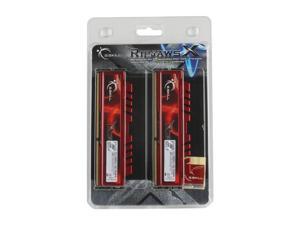 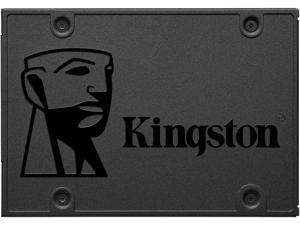 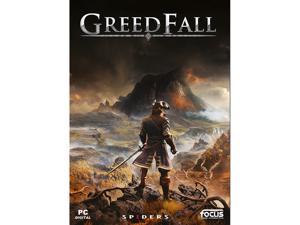 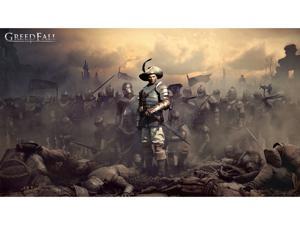 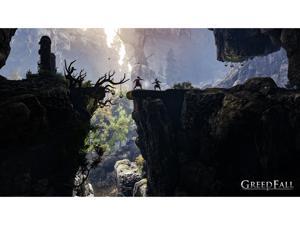 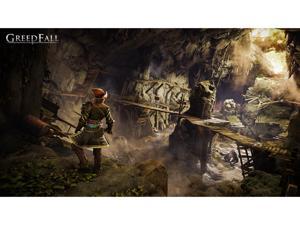 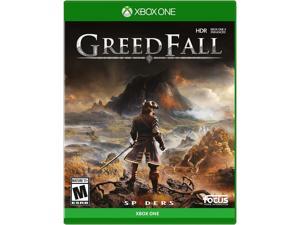 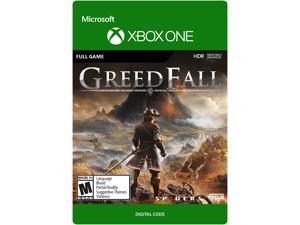 Sold by:
Newegg
Add to Cart
Platform: XBOX ONE
Greedfall - Xbox One 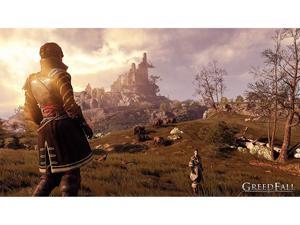 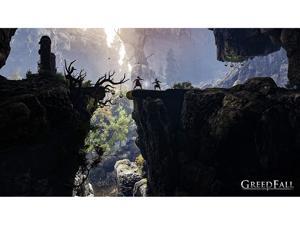 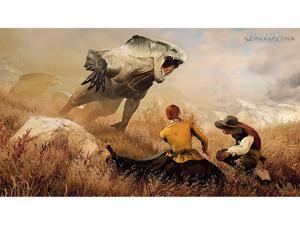 9.25 Thanks to GreedFall’s impressively diverse roleplaying and combat systems, it’s the sort of game that any sort of RPG fan would enjoy, whether they prefer playing as the tough warrior, the cunning rogue, the wise spellcaster, or any combination of those archetypes they can think of. It may hew closely to the template that BioWare created many years ago, but GreedFall also proves there’s still a lot of potential for expansive single-player RPGs that put player choice first.
9

Combat animations can be a bit stiff and the lip-syncing for dialogue isn’t 100 percent pristine, but GreedFall is still an incredibly beautiful and visually distinct game.

It can be grating hearing your companions yell out the same combat quips and one-liners during every single encounter, but the game’s music and auditory ambiance more than make up for that issue.

Whether you fancy tense tactical combat, intrigue and diplomacy, outdoor exploration, stealth gameplay, or simply the joy of completing quests and solving mysteries, GreedFall has what you’re looking for in spades.

GreedFall doesn’t have any sort of online multiplayer functionality to support its longevity, but there’s enough diversity in the potential character archetypes you can build that you could play through the game multiple times using drastically different combat and roleplaying styles.

Three games that might actually teach you something about...
News
Apr 06, 2020
It’s been roughly a few weeks or so (depending on where you live) since we all went into social isolation, and lots of outlets have posted lists of the best...