Review: In Animal Crossing: New Horizons, island chores have never been this fun

The core gameplay loop of the Animal Crossing series has always been simple. Do some chores, make some money, pay off your debt, lather, rinse, repeat. For the most part, this central goal was almost tangential to the life simulator aspect of fleshing out your perfect life among animal friends and decorating your house until it looks just the way you want.

New Horizons, the latest chapter in the Animal Crossing franchise, does attempt to mix things up in a few significant ways. First of all, it seems committed to adding more “game” like elements to its formula. Second, it is committed to giving the player more to customize than ever before.

The central theme of New Horizons is desert island life. You take a deal from Tom Nook to relocate to an uninhabited island and live in a tent. It’s then your job to build this island from the ground up into a sprawling metropolis like you might see in any other Animal Crossing game. Yes, the key gimmick here is you are essentially designing the entire game.

New Horizons gives you an unprecedented amount of choice when it comes to island customization. You can choose where flowers and trees go, choose where to build bridges and ramps, choose what animal citizens move into your island, choose how the outside and inside of your house looks, and you can even choose the island’s layout. As the game progresses you’ll get to choose where stores go, where to put key attractions like the Museum, and eventually you’ll even be able to terraform the island, rerouting rivers and building cliffs to your heart’s desire.

Central to this customization is the new DIY system, which is essentially just a crafting system. However, much of New Horizons’ gameplay revolves around it. Far fewer items are available to purchase and far more are available to craft. Then, as the game goes on you will get more complex crafting recipes that make more complex items, and so on. This makes New Horizons not just a life simulator, but also a survival game (similar to games such as Subnautica), and an “unfolding” game as well. While you start only able to craft simple things like flimsy axes, you’ll soon find yourself crafting entire houses and donating millions of bells to city reformation projects.

Not just a chore simulator

To help prevent the game from feeling like an endless string of chores, New Horizons introduces Nook Miles and the Nook Mileage Program. Nook Miles are essentially a secondary currency that you can use for a variety of things that you can’t spend bells on, like DIY recipes, tickets to other randomly generated islands (so you can strip them bare of resources), or special cosmetics. You earn miles by completing achievements. There are global achievements, things such as “chop down 10 trees and get a thousand miles,” and micro-achievements that constantly replace themselves, things such as “chop down a single tree and get a hundred miles.” This actually creates the core gameplay loop. You look at your Nook Miles tasks, do them, sell any loot you have come across along the way, lather, rinse, and repeat.

The issue with this mechanic is that it sometimes makes your tasks feel more like chores instead of less. You can very easily get into a loop of doing small Nook Mileage tasks over and over and over again without making any real progress. In fact, to complete some of the game’s bigger goals, you have to actively ignore your Nook Miles, and once you do that, you almost never look back unless you actively need miles for a purchase of some sort.

Another major innovation of New Horizons is its multiplayer, and it’s certainly one of the best features it has to offer. You can choose to play with friends in numerous ways. Two to four players can share an island on one Nintendo Switch. You can connect to other islands via local wireless or the internet. It’s just so much fun to visit each other’s islands and work on quests together. This alone makes New Horizons worth picking up…

Hanging with the homies

As always, Nintendo’s peculiar brand of strange design decisions and general inexperience with multiplayer is stamped all over the experience. For example, some goals can be completed with more than one local player, while others simply can’t. I played this game with another player locally on my Switch, and more time than not she would be unable to make any progress until I, alone, completed my quest-line. This eventually just made her lose interest, considering that it locked her out of a lot of important DIY recipes.

Which quest lines can and cannot be completed by groups seems entirely arbitrary, and that’s a problem. The same goes for nearly every other mechanic the game has to offer. You can’t get visitors when you are playing in local multiplayer. You can’t travel to other islands. You can’t even go to a randomly generated island with local or online friends. This is a core part of the gameplay loop when it comes to resource generation. If you’ve mined your island dry for resources, which happens often, to make any progress you are going to have to tell your friends to go away. That’s such a crappy feeling to elicit when the game is supposed to be about togetherness.

In fact, the major flaws of New Horizons all revolve around when you can, and cannot, make progress. In the beginning there’s lots to do. You’ll be given a quest line, complete it in a day or so, then have to wait until the next morning to see your reward, and that’s fine. However, as goals become more and more complex, you’ll find yourself gated behind, once again, more arbitrary limits.

At one point I had to wait two days for a quest line to finish, and in one of those days important things like the shop, crafting bench, bank, ATM, and so on were all closed down for literally no reason. My solution? I did nothing that day. Nothing. Heck, there’s even a small quest line where checking the ATM every day gives you miles and this forcefully broke that streak. It made me less likely to come back, or at least more likely to use the Time Travel cheat.

Hurry up and wait

I know that Animal Crossing games are slow burns, and if the whole game progressed at the same pace I wouldn’t have a problem, but it progresses in spurts, and that’s less enjoyable. You will have a ton to do all at once, do it, feel accomplished, and then you’ll have literally nothing to do for days as you wait for the game to catch up. Yes, you can do basic resource harvesting, talking to villagers, and the like, but for the most part you’ll just not play for days at a time. There’s nothing more disappointing than a game that actively discourages you from playing it.

Is New Horizons fun? Yeah! In fact, I’d say it’s one of the most fun Animal Crossing games yet. However, it still feels sloppy. Nintendo is known for their experimental approach to games and they hit on some really amazing new ideas here. Crafting fits into the Animal Crossing formula perfectly, making your own island is a ton of fun, and the fact that the game has multiplayer at all is a bonus. But there are still lots of things that can be improved upon, and I’m sure Nintendo could have let New Horizons linger in QA a little more to iron out those particulars. 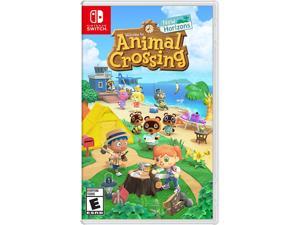 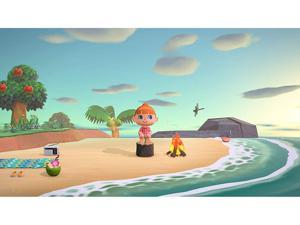 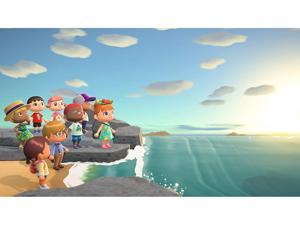 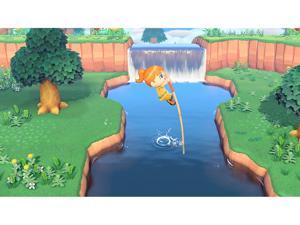 8.00 New Horizons is a great evolution for the Animal Crossing franchise. As always Nintendo has integrated some amazing innovations into the formula, but in the process made some really weird design decisions that detract from the fun.
9

The core gameplay loop is solid, even though it really only ever amounts to harvest stuff, to craft stuff, to harvest more stuff.

The restrictions that Nintendo put on multiplayer feel entirely arbitrary. If the game is really about togetherness, then why hinder people from playing together?

The pacing could be better. There’s a lot of waiting to do in the main quest line. Then again, Animal Crossing was the kind of game that you played in the background while you had other games to play, so it’s not a huge deal.

New Horizons does manage to keep you coming back, but its poor pacing does push you toward cheating and quick solutions more often than not.

Review: Nioh 2’s punishing combat crucible is as rewarding...
Reviews
Mar 16, 2020
Platforms: PS4 (reviewed) The massive horse-headed beast lumbers towards me and swings an equally massive axe, aiming to crush me in one fell blow...

Review: Ori and the Will of the Wisps is great despite...
Reviews
Mar 12, 2020
Platforms: Xbox One (reviewed), PC The team at Moon Studios created magic with Ori and the Blind Forest . It's no surprise, then, that so many people were...