Preview: XCOM 2 and the Ballad of D'Squarius Green Jr.

For the purposes of this preview, you should know that I always name all my XCOM soldiers after the players in the Key & Peele East/West College Bowl sketch.

D'Squarius Green Jr. had been having a rough time — even by XCOM 2 standards.

The XCOM franchise has always been famous for its brutal difficulty, and XCOM 2 isn't shaping up to be an exception. Your soldiers -- your carefully upgraded, highly trained, outfitted-with-super-expensive-technology soldiers -- will die a lot. If they don't die, they'll probably get injured and be out of commission for weeks at a time. And if they are lucky enough to escape physical harm, that doesn't mean they're unscathed; often times they'll wind up "Shaken" after a bad mission. Shaken soldiers have a reduced Will stat, which makes them less reliable and more likely to panic in future missions.

The best cure for your shaken soldiers is to send them back out into the field, because killing aliens is mankind's oldest and most powerful medicine. So that's what I did with D'Squarius Green Jr. when his nerves got rattled. I gave him some fancy new equipment, teamed him up with some veterans (T.J. Juckson and T'Variusness King) and a rookie (Ben Hughes, because I don't give soldiers special names until they've survived a mission. I don't want to get attached, and rookies have a high mortality rate), and sent him out on a “Guerilla Ops” mission.

Guerilla Ops missions are all about causing trouble for the occupying alien forces in XCOM 2, and are among the more common missions you undertake. I figured that if D’Squarius was ever going to get his head on straight again, a Guerilla Ops mission was a good opportunity to do it.

That’s not how it worked out.

Being “shaken” reduces a soldier’s Will stat, and Will is what helps soldiers resist the mind-affecting abilities of the Sectoid aliens. Sectoids were present in the previous XCOM as well, but like most of the enemies you’ll encounter in the sequel, the new versions are bigger, badder, and more dangerous than what we saw years ago. Sectoids show up right at the start of your fight in XCOM 2 and are a constant threat, because their psychic powers can bring dead foes (and even friends) back to life as zombies or cause your forces to panic or become dizzy.

In the worst-case scenario, Sectoids can even mind-control your trusted troops, turning them against your side. As you might imagine, this can be a disaster. Such was the case with D'Squarius Green Jr., who was cruelly turned against his comrades. As a member of the new Ranger class, D'Squarius was equipped with a powerful sword that could do massive damage up close, and that's exactly what it did...to rookie Ben Hughes.

D'Squarius eventually shook off the mind control and the team managed to prevail in the mission, but the damage was done. Somehow D'Squarius earned himself a promotion afterwards, and with his increased rank came a new nickname: "Werewolf."

I'm almost certain the nicknames are randomly generated based on character class, but I still found it cruel that the other XCOM soldiers would saddle D'Squarius of a constant reminder of the day he lost control and turned with violence upon his friends.

This incident with D'Squarius was just one of the dozens of brutally cinematic stories that played out during my hours playing the XCOM 2 preview code. This game has all the unforgiving challenge of its predecessor, and for those (like myself) who enjoy the XCOM formula, it's a thing of beauty.

The core of the gameplay in XCOM 2 is unchanged from the previous game: it's still turn-based combat, cover is still vital, and the resource and base management in between combat missions is just as important as the actual fighting. XCOM 2 doesn't need to reinvent the wheel, so what it does instead is offer refinements and, above all, more variety.

The classes from XCOM have all been scrapped and re-mixed, providing us with more versatile soldiers that can be tailored to a greater extent as they increase in rank. Sharpshooters can become long-range snipers, masters of the quick-draw pistol, or a hybrid of the two. Specialists act as medics, but they're also your hackers and the most adept at taking out robotic enemies. Grenadiers mix a variety of offensive and defensive techniques with their ability to fire grenades long distances. Rangers charge to the front lines of combat, and can be tailored to remain hidden in the shadows or to max out the damage they do with their sword. And the fifth, psychic class -- which doesn't show up in the game until later on, and can largely be ignored if you don't like it -- is the strangest of them all, providing a semi-random collection of abilities that could make a huge difference in a battle.

In practice these classes work very well, though at times it can seem a bit strange that there isn't a generalist soldier class. Promoting your soldiers makes them much more powerful and harder to kill, extending their life bars even before you research more advanced armor. Each level-up forces you to choose between two possible skills, and while not every choice is a tough one, there are scenarios where every skill could be critical -- and you'll never have access to all of them at once. My specialists almost always ended up as pure medics, for example, which meant I didn't have access to the tech-focused skills that would have made my life easier when robot guards started showing up.

Soldier customization has been increased dramatically in XCOM 2, and the developers have made a smart move by allowing greater customization as you rank-up your soldiers. So rookies remain fairly generic, but sergeants and captains get nicknames and custom-painted weapons. You can even choose a soldier's personality after a certain point, which determines the nature of their in-mission vocal responses. This customization makes you much more attached to your veteran soldiers...and makes their eventual deaths that much more painful.

Base and resource management in XCOM 2 is greatly improved over what we saw in the previous game. With the XCOM organization now an underground resistance force, your base of operations is a huge mobile ship, and your team is constantly on the go. As the game progresses your contact network with resistance cells around the globe will spread, and more missions will begin appearing all over the map.

In true XCOM fashion you'll never have enough time to do everything, and you'll often be forced to try to determine the least-disastrous of several awful options. If you're not familiar with XCOM games this might not sound like fun, but trust me: it works wonderfully in practice. You're the head of a team facing overwhelming odds in a life-and-death struggle to take back Earth from aliens. It shouldn't be easy.

Combat missions are much more varied than they were in XCOM, with a good amount of strictly turn-limited scenarios mixing up the longer, more drawn-out affairs. Your progression through the research and upgrade paths in between combat missions also seems broader and more flexible than before, allowing for a wider range of potential strategies (as well as ways to totally doom yourself).

Everything in XCOM 2 plays against the backdrop of something called the "Avatar Project," which acts as a constant, looming threat. If the aliens can complete the project it likely means Game Over, so you have to scramble for opportunities to strike against it and keep it from progressing too quickly.

When we first learned that XCOM 2 would take place in a world in which the XCOM project in the previous game failed, it was a controversial move. Some fans disliked the idea that, canonically, XCOM lost in XCOM: Enemy Unkown. Once you see how it works in the game -- through some surprisingly fantastic storytelling and tie-ins between combat missions and the game's evolving narrative -- it feels like the perfect direction for the franchise. You're outgunned, striking from the shadows, and trying to fight back against a force that's already beaten humanity before. The tone is just right.

In XCOM 2, the odds are stacked against you like never before, and you'll know it from the very start. Save-scumming will be a fact of life for many, just because it is so easy for a game to turn bad in a hurry. I considered reloading a save to spare D'Squarius from his tragic fate, but once I saw his new nickname I decided that, cruel as it seemed, it also felt right.

XCOM 2 will release on February 5. 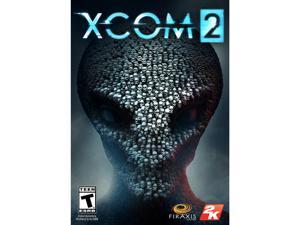 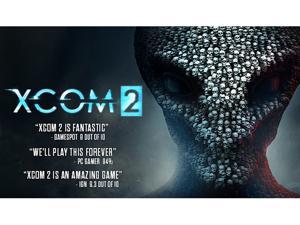 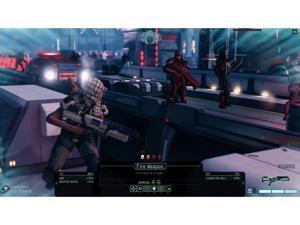 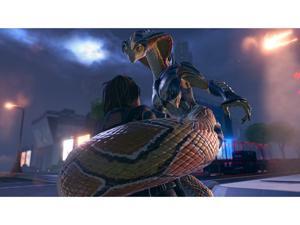 Reviews
Sep 18, 2017
XCOM 2 originally released in early 2016, and in the year and a half since then it has seen several additional content releases that have taken it...

News
Jun 22, 2017
Of all the unique features Monolith’s 2014 action-RPG Middle-earth: Shadow of Mordor had, none stood out as much as the game’s unique Nemesis System...

News
Jun 12, 2017
E3 is just getting rolling, and the PC Gaming Show was back again with announcements both AAA and indie. From XCOM to Battlegrounds , from...

Linux Gaming: Overclock your Nvidia GPU on Linux with...
News
Feb 25, 2020
Overclocking your Nvidia card on Linux used to be a nightmare. There was lots of different commands you had to type into the terminal, and there was no easy...