As you might have guessed if you read through our official review, Nioh 2 is pretty darn hard. Developer Team Ninja has succeeded in constructing a sequel that’s both majestically striking and horrifically brutal, ensuring that every victory a player obtains, be it against a lowly foot soldier or a towering boss, is earned through great effort.

Speaking of bosses, Nioh 2’s first three proper boss encounters, the Mezuki, Enenra, and Yatsu-no-kami Yokai (demons in the Nioh universe’s parlance) all follow the ingrained Souls-like methodology of not pulling any of their punches. If you want to best these opponents you’ll need the right game plan, the right gear, and just a dash of luck to see you through. We can’t help you with that last bit, but in the below guide we’ll explain the best strategies and equipment loadouts we’ve found for felling Nioh 2’s first three bosses.

You’ll face the horse-headed Mezuki at the end of Nioh 2’s first main story mission, The Village of Cursed Blossoms. Despite being the very first boss you face, Mezuki doesn’t hold back any of its ferocity and it will happily teach players who underestimate it the error of their ways.

The Mezuki’s close-range attack pattern is pretty straightforward, involving a lot of swings and slams with its saw-bladed axe. When it swings horizontally in a counter-clockwise fashion, be careful as it can quickly follow up with up to two additional swings. This is by far the creature’s most dangerous attack given its unpredictability.

If you move too far away, the Mezuki will also summon ghost face projectiles that track you and inflict heavy damage if they hit you directly. The projectiles also create Yokai Realm pools if they miss you and hit the ground so be ready to cleanse them with a Ki Pulse. You can block the projectiles, but they inflict heavy Ki damage so if you anticipate more than one will hit you, you’re better off blocking one and then dodging the rest.

You can slip in and attempt a few hits in-between the Mezuki’s standard attacks, but a safer strategy is to wait until it attempts one of its burst attacks (you’ll know one’s coming when the Mezuki emits a telltale red flash of light) and then stun it using your Burst Counter technique (R2+O on the PS4 controller). After the red burst of light, the Mezuki will execute one of three attacks:

One final attack you should watch out for is the Mezuki’s grab attack (indicated by a telltale trail of glowing smoke emitted from its left arm). You can and definitely should avoid this attack by dodging to your right, otherwise the Mezuki will lift you up and saw you using its axe, likely killing you outright unless you’ve boosted your health stat considerably.

Given the Mezuki’s quick recovery speeds, you’ll want to use a semi-fast weapon which can still deal good damage like a Single Sword or a Spear. Stick to your mid stance and keep chipping away at the Mezuki’s health whenever you get an opportunity. If you stun it either with a Burst Counter or by exhausting its Ki, you can hit it with a heavy-damage grapple attack, and once its health is sufficiently low you can activate your Yokai Shift to finish it off.

The smoke-based creature Enenra appropriately awaits you at the end of the Beast Born of Smoke and Flame main mission. Enenra employs a mix of long-range and close-range attacks, but one of its favorite strategies is to teleport right up to you before attempting either a two-hit or three-hit combo of swinging punches. It will also occasionally strike out with a kick using its left foot which you should watch closely as it can follow the first kick with a second kick if you try to rush in.

Enenra tends to end most of its combos by slamming both its palms down onto the floor, creating a Yokai Realm pool in the process. When it teleports towards you, it will also occasionally leap into the air and slam back down with its feet, creating a shockwave that will damage you if you’re too close. At range, Enenra will summon either an array of bombs on the floor or a wave of mini flame tornados that slowly advance towards you. Thankfully, neither ranged attack is terribly difficult to dodge.

You can consistently land hits against Enenra by maintaining aggressive pressure after its post-teleport punches and after it uses either of its ranged attacks, just watch out for its foot slam and kick attacks. It also has two different burst attacks it will attempt, but unless you’re really good at proper timing you should only attempt to Burst Counter one of them:

A little ways into the fight, Enenra will shift things over into the Yokai Realm. It doesn’t gain any new attacks but it will immediately summon a flame tornado when the shift occurs so you should ignore the temptation to score some free hits during the shift animation.

One final element to note is the four pillars placed at each corner of the arena. If Enenra hits one of these pillars, a bucket of water will get dropped onto it, immediately interrupting whatever attack it was doing and draining virtually all of its Ki. This creates the perfect opportunity for you to move in and attack, just note that the Ki stun doesn’t last very long. Also, if you can, try not to bait Enenra into destroying the pillars until after you’ve shifted into the Yokai Realm.

You can use whatever weapon type you prefer to maintain pressure, and staying in mid stance ensures you can still inflict solid damage without comprising your speed.

Yatsu-no-kami, a massive slithering Yokai which looks like a nightmarish hybrid between a snake and a hummingbird, awaits at the end of The Viper’s Sanctum main mission. Before facing Yatsu-no-kami, there are three large snake statues located at various points in The Viper’s Sanctum which you should destroy if you’re able. Destroying the statues not only drains large poison pools located in the mission proper, it also drains similar pools found in Yatsu-no-kami’s lair, giving you more room to move around in.

For the Yatsu-no-kami fight you’ll want to equip a weapon with long reach and a powerful vertical heavy attack performed in high stance (both the Odachi and the Switchglaive meet these criteria). Dodge around and keep your distance so you can get a feel for the different attacks the great snake throws at you. Yatsu-no-kami’s total repertoire of moves isn’t very large, but they have fast wind-ups and can be difficult to dodge if you’re standing too close. Here are the potential attacks to watch out for:

Along with Burst Countering Yatsu-no-kami’s slither charge, you’ll want to kill at least one, and ideally both, of its smaller snake arms (each arm has its own separate health gauge). The best way to damage the arms is to wait until Yatsu-no-kami attempts its arms-in-the-ground attack and then rush in towards the beast itself. Since its sticking its arms in the ground, it will be quite vulnerable to your attacks, and it you hit it from the sides using strong high stance attacks from either an Odachi or a Switchglaive, you’ll also score guaranteed heavy damage against both the creature itself and its arms.

The reason why you want to destroy Yatsu-no-kami’s arms becomes apparent once it shifts the fight over into the Yokai Realm. If either of the arms is still alive after the shift, it will actually detach and become a separate enemy that can attack you up-close and spit poison of its own. Yatsu-no-kami doesn’t gain any additional attacks during the shift, but it’s a lot easier to deal with if you don’t have other smaller snakes constantly pressuring you as well.

After you shift back into the normal realm, the Yatsu-no-kami will regenerate any arms you previously destroyed, allowing you to repeat the process. If you destroy both arms in the normal realm, Yatsu-no-Kami will naturally be unable to perform its arms-in-the-ground move. The best times to attack it in this situation are either after Burst Countering its slither charge or after it attempts its grab attack.

Nioh 2 is available now on PS4. 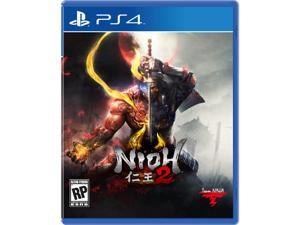 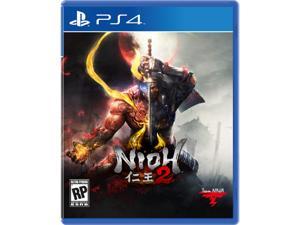 News
Mar 04, 2020
In a little over a week Nioh 2 will finally arrive, giving fans of the sequel’s 2017 predecessor more of what they crave: fantastically punishing...

What I want to see in Nioh 2

News
Jun 18, 2018
There were a lot of unexpected surprises during this year’s E3, but for me the biggest (and most exciting) was undoubtedly the confirmation that Nioh...