Luigi’s Mansion 3: How to get the most out of your haunted hotel stay

Luigi’s Mansion 3 is Nintendo’s latest AAA release, and it has been well received by fans. However, the somewhat clunky controls and intricate maps can get you turned around more often than not. Luckily, we have a few tips and tricks to help keep you on track. Just follow these and you’ll clean up this haunted hotel in no time.

You should almost always have your vacuum on. In fact, if it weren’t for the reduced move speed penalty for using it, it should be on all the time. Suck up everything. EVERYTHING. You’ll find coins, cash, health power-ups, and much more hiding all over the place, even in areas you wouldn’t expect. Sometimes randomly vacuuming the stage will reveal new paths or new interactive items. Sometimes you’ll reveal secret passages. Simply put, if it looks suspicious, suck it.

Stuck? Use the air blast

You might get stuck on a puzzle here or there whose solution isn’t immediately obvious. When this happens use the air blast by pressing ZL and ZR at the same time. This will cause fragile object around you to break. It will also cause movable and slammable objects to rattle. This will usually give you a hint or two as to what to do next.

Try all your tools on bosses

Spend cash cause it doesn’t do anything else

While it’s tempting to hold on to your cash, it’s not going to get you a bigger mansion at the end like the original Luigi’s Mansion. Spend it on power-ups in E. Gadd’s lab because it won’t do anything else for you.

Wait before you slam

The slam is Luigi’s most damaging new move. It allows you to do 20 damage to a ghost about five times depending on how close to a boundary they are. However, ghosts always escape your suction at the end of a series of slams. So you might actually want to suck at them a little first before slamming just to reduce their HP. You’ll want to get their HP below a hundred or at least keep them in your vacuum hold as long as you can before they reach a boundary. Slamming also yanks them away from the boundary, so if they were going to escape anyway, take the opportunity to do a ton of damage.

Kill pests with your flashlight or vacuum as needs dictate

You have probably noticed all the rats and spiders running around. You can kill these in one of two ways, sucking them up with the Poltergust or flashing your flashlight at them. Flashing them with the flashlight turns them into money while sucking them up gives you a chance to collect a health power-up. Deal with them in the right way depending on your needs at that point.

Make use of secondary controls

The Dark Light can reveal enemy tracks (or Polterpup’s)

The Dark Light can actually do much more than release things from portraits. It can also reveal trails left by ghosts. You can use this to find enemies that have run away, like bosses that like to transition from room to room. In addition, Polterpup is frequently used to show you where to go, but you can easily lose track of him. However, the Dark Light can be used to pick up his tracks and get you back on course.

Mirrors will often allow you to “break the fourth wall.” They will reflect things that are in front of the camera and otherwise invisible. They can also show the location of some invisible ghosts. Whenever you pass by a mirror be sure to look deep inside to see if anything seems weird.

That’s all the advice we have you now. If you have a tip for playing Luigi’s Mansion 3 leave it in the comments. 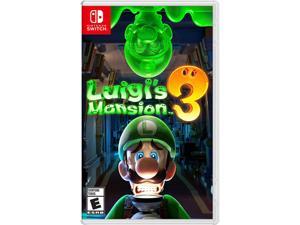 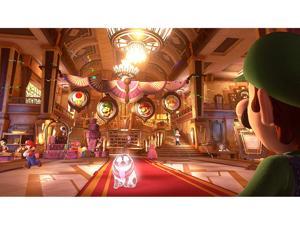 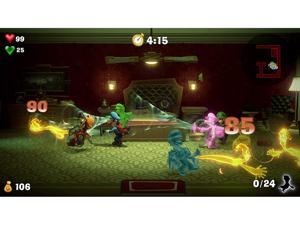 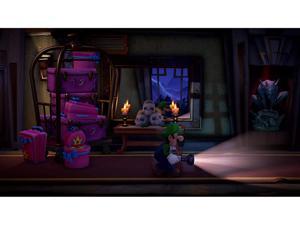