Deus Ex: Human Revolution was released in 2011, and the last incarnation of the game came out in 2013 as a director’s cut. So it’s been years since gamers have seen Adam Jensen, but they’ve certainly heard him – or at least the actor who voices him. Elias Toufexis is one of the most well-known voice actors to gamers around the world and is easily recognizable by the textured rasp in his voice. He’s been featured in the Splinter Cell series, the Assassin’s Creed series, and, of course, the Deus Ex series, which has recently announced its latest chapter: Mankind Divided. Inundated with media requests, Toufexis nevertheless carved out time to speak to GameCrate about slipping back into the character he’s most known for.

“The team at Eidos-Montreal gave me a call around two years ago and said they’re making another Deus Ex game,” Toufexis says, explaining when and how he got involved in the sequel. “Of course I was extremely excited because Adam is a character that I love playing…. I've been working on it on and off since then.”

Taking a break from a character and taking on other roles can sometimes make it difficult to play the old character with the same kind of understanding, but that isn’t so for Toufexis.

“I fell right into the rhythm of playing Jensen again as I now know him a lot better than I did the first time around,” he says. “There were a couple of scenes in the last game that I wasn't happy with, performance wise, because they were done before I really had a handle on who or what Jensen is.”

Yet, Toufexis admits that playing Jensen is still tricky, because it’s the player that ultimately defines who Jensen is.

“He can say and do horrible things for example, so I have to perform the bad things and support them as much as I do the good things," he says. "That is the same as the last game I guess. That carries over. But to answer your question plainly, no time was lost, I jumped back into the role really quickly.”

Crafting a character and bringing a role to life is important for any actor. In this regard, Toufexis speaks highly of the team at Eidos-Montreal.

“I get a good amount of leeway in the sense that the people I work with understand that I know who Jensen is by this point," he says. "I know things he would say or wouldn't say and so forth. In terms of having time to reflect on him, I guess it helps give me the core, or sense, of who he is. For how much it had an effect on how I play him in Mankind Divided? Only in the sense that I'm more comfortable. The character goes through different things and has different motivations he hadn't before.”

According to Toufexis, Mankind Divided takes place two years after the events of Human Revolution. Humanity is unhappy with and wary of augmented people for all of the destruction they caused in the previous game.

“So there are parts of the world where the augmented are forced into ghettos and treated like second class citizens," he says. "Jensen is kind of outside of it all, by choice, but he really doesn't like how augmented people are treated. He is one of them after all.”

The Deus Ex series has always been defined by the amount of choices it gave players. As such, Toufexis has had to maintain a handful of Adam Jensen personas to match how gamers may have played the character. But do those personas now get multiplied by the different endings the player may have chosen in Human Revolution? And if so, then how does one actor keep track of it all?

“It's not really as complicated for me as that,” Toufexis replies succinctly. “At the end of the day, I know who Adam is and I now know his actions, and my performance of them, are defined by what Mankind Divided say they are. Sure, Adam's history is always in my head and I'm sure we've approached a few scenes with a sense of what choices Adam did or could have made, but it can only dictate so much.” He laughs, reflecting on his reply, “It seems like my answer was as complicated as your question.”

When pressed about whether or not the separate endings of Human Revolution will have an impact on Mankind Divided, Toufexis simply smiles and says, “I ain't saying nothin' about nothin'.” But he does confess that he played Human Revolution so much that he can’t remember which ending he originally chose.

“I played it enough to see all the endings," he says. "But I do remember thinking to myself; if I blow up the station will Adam be alive in a sequel? I’m pretty attached to him for obvious reasons so I wanted him to survive!”

While Toufexis’ remarkable voice is now intrinsic to the character of Adam Jensen, there’s something to be said about Jensen’s dialogue. For better or worse, the line “I never asked for this” is as much tied to the character – and Toufexis – as anything else. Perhaps that line will make a return in this chapter of the series.

“There's honestly not a day that goes by where someone doesn't ask me to say it. Or tweets at me asking whether or not I asked for it,” Toufexis admits. “It’s hilarious. It’s part of the job and I don't mind at all. I can’t talk about what Jensen says or doesn't say in the new game so you'll just have to hope...for or against!”

There are, of course, some innocuous lines in the announcement trailer for Mankind Divided that gamers might gravitate towards.

“I actually thought people would latch on to ‘Sometimes you just have to let go,’ but I guess Queen Elsa nailed the ‘Let It Go’ thing. Yeah, I have kids,” he says.

Outside of video games, Toufexis is also an accomplished film and television actor. And while he’s in some upcoming projects, the only one he can discuss is a new show on SyFy called The Expanse.

“It's going to be pretty big. Huge budget, big cast," he says. "Touted as the next Battlestar Galactica. I play a major character on that in the second half of the season. I'm not sure when it's airing yet.”

Still, it’s his work in the performance capture studio that gamers know and love him for. And Toufexis looks back on his experience with a kind of reverence in seeing how far the process has come.

“Every time I go in for a day of work at the performance capture studio, something new has arrived," he says. "A new, better camera. A smaller mic. Suddenly we're putting dots on my face. It's all about getting the most performance information as possible.”

He’s also very grateful that strides have been made in making the equipment more comfortable to wear.

“Those helmets used to be headache machines after twelve minutes. They're much better now. And the guys at Eidos-Montreal built a motion capture studio in the studio so it was great to be able to work in their space with them as opposed to us all going down to a motion capture studio that is owned by someone else. It was great to work within the actual studio with the guys for sure.”

With technology moving so briskly, and with performance capture appearing more and more in films to bring back actors who have passed away or to present a much younger version of an actor, some have speculated that we'll eventually be watching live-action movies with only digital characters. Toufexis disagrees.

“I doubt it'll ever reach that point. People like seeing real people, and film and TV will always be around for that,” he says, however, he does think that characters rendered from performance capture will increase as the cost for the technology decreases. “For an actor, initially you would think that's scary, like we're going to lose work, but the truth is that it will just create more work. Just different...and maybe we don't have to worry about aging so much.”

Before the interview ended, and with this highly anticipated game still somewhere beyond the horizon, Toufexis was pressed to share whatever scraps of information he could. Regrettably, the price for the information was too high to pay.

“I would tell you, but then I'd have to kill you and so forth,” he says, but he did leave us with a bit of fuel for the hype train. “You guys are going to love Mankind Divided. I've seen some of it. Blew my mind.”

Keep up with Elias Toufexis at www.eliastoufexis.com. 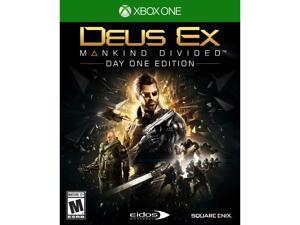 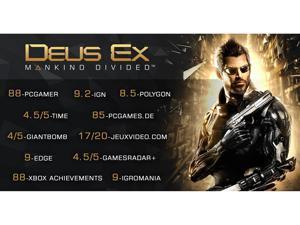 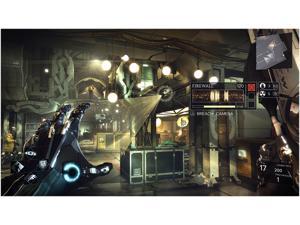 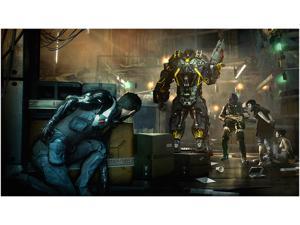 News
Jan 24, 2017
Square Enix has announced that an additional DLC story mission for Deus Ex: Mankind Divided will arrive next month, allowing players to once again...

News
Dec 15, 2016
2016 was a year of upheaval for RPGs. Long established franchises changed their formulas in significant ways. We saw the ultra-hard Dark Souls III...