But as we saw at a recent event where they gave game journalists a chance to play the game  — which will be out October 25 on Xbox One, PlayStation 4, and PC — and briefly chat with Lead Designer Charles Staples, while The Outer Worlds may be reminiscent of Fallout: New Vegas, it is different in some distinct and important ways.

For the first part of our time with The Outer Worlds, we were given the opportunity to play the beginning of the game. And while we were asked not to say what happens (sorry), it did give us a chance to check out (and talk about) the basic gameplay.

Now, The Outer Worlds does have one combat advantage that's New Vegas-esque: Tactical Time Dilation, which is the ability to slow down time. But it's different from the similar system in New Vegas, the V.A.T.S., in that it doesn't have you choosing specific body parts and how many shots you'd like take, it just slows everything down.

As Staples explains it, "We had a high-level goal of this being an RPG first, so one of our goals with Tactical Time Dilation was to make this game accessible to people who like RPGs, not just shooters. Though we included aspects to make it tactical for people who like shooters, like how you can target body parts to weaken them, thus slowing an enemy down."

The titular worlds in The Outer Worlds also give the game a different vibe. While the world of Fallout: New Vegas felt like a war-torn wasteland, the two worlds you explore in The Outer Worlds are lush and green, with the second having some rather large and un-Earth-like plants. Which is why the first recalls the forest of, well, Fallout 76 — albeit without the destroyed buildings — while the latter recalls the planet Fallucia from Star Wars: Battlefront II, Revenge of the Sith, and some episodes of The Clone Wars. Even the buildings and clothing feel different from the worlds of Fallout, as they have a bit of a BioShock-esque art deco feel.

Another difference, albeit one we noticed later, is that you can have two companions helping you out, not just one like you do in Fallout. While they're just as helpful here as they are in this game, they actually work better in this, if only because having a buddy in a Fallout game ruined the world's stark vibe, something this doesn't have.

Even the way you upgrade your character's skills is different in that you don't upgrade specific skills but skills in a category. For instance, instead of improving your skill with handguns one point at a time, you instead improve your "ranged" skills, which improves your ability to use "handguns," "long guns," and "heavy weapons" at the same time.

Though you will get fewer of those ranged weapons in The Outer Worlds. Unlike other RPGs, you won't usually grab your enemy's weapons and armor after you kill them, though you will still be able to take their leftover ammo and supplies. But while this means you won't find tons of cool new guns, it also means you won't have to constantly run back to town to sell off the crappy ones.

"That was some of the thought that went into it," Staples admits, "how much inventory management do we want people to have to do, and how did we want to balance the economy. So it was a conscious thought to streamlining those aspects of the game."

The Outer Worlds also has a new mechanic that we didn't experience because, as Staples explains, we didn't play the game long enough: "Flaws." "If the game notices that you take a lot of damage when fighting robots," he explains, "it will ask if you'd like to suffer from Robophobia. If you say 'yes,' your stats and attributes will go down when you're near robots, but you'll also get another perk point to improve some other aspect of your character.

After getting a good sense of the basic mechanics, we moved on to the second world, one we were allowed to freely explore (and talk about). So, naturally, we went to a bar. While there, the owner hired us to visit a nearby sausage factory so we could do something about the jerk who runs it. By which she meant we could destroy the place or kill him; dealer's choice.

To do this, we headed out of town, accompanied by my two companions. Much like in the Mass Effect games, issuing orders to my coworkers is easy but not always necessary, as we learned when we ran into some enemies on the road, and my companions took it upon themselves to start shooting.

Eventually, we made our way to the sausage factory, and the guards outside, who didn't take kindly to being shot at. Same for the guys on the other side of the outer door. But it was while we were scavenging their sleeping quarters that we found something rather helpful: a uniform. Putting it on, we headed into the next area and...nothing. No one shot at us, none of the robot guards raised an alarm, we were free to just wander around like, well, we worked there.

Well, for a while anyway. Unlike disguises in other games, this one became useless after a few minutes but oddly became useful again after we killed all the 'bots and people on the factory floor. It was even still useful when we waltzed into the boss' office. As is always the case with these kinds of games, we could've talked to the guy, maybe even gotten a counter offer. But with a limited amount of time to play this demo, we instead just got it over with and shot him in the face.

We then went back to town to get another mission, but none was to be found. So, instead, we wandered around the countryside, engaging in more firefights, scavenging more bodies and boxes.

It was during these moments that we noticed some small issues with The Outer Worlds, ones we hope will be fixed before the finished game comes out. For starters, your basic foot speed is really slow. Though, on the flipside, this doesn't have a stamina mechanic, so you can run all you want without getting winded. You can be sneaky in this game, and improve your sneaking skills, you can't do stealth kills when you use said sneakiness to approach enemies from behind.

The Outer Worlds also has a rather common but inexplicable issue in that enemies with melee weapons will focus their anger at you, even if it means running right past your companion. Which is not only tactically unsound, of course, but also kind of annoying.

After wandering around a while, one of the developers informed us that one of my companions might have a loyalty mission. She did, and so we headed out to find her friend's grave, though this, of course, just resulted in us getting into even more firefights. It also killed the rest of my time with the game, leaving this mission incomplete...for now. Her friend will just have to wait until October 25, when The Outer Lands is released on Xbox One, PlayStation 4, and PC.

Oct 25, 2019ObsidianPrivate DivisionPS4, XBOX ONE
Platform: XBOX ONE
The Outer Worlds - Xbox One 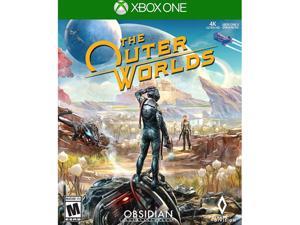 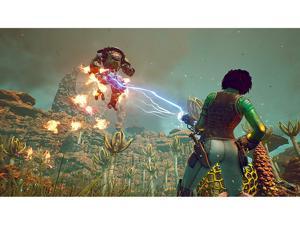 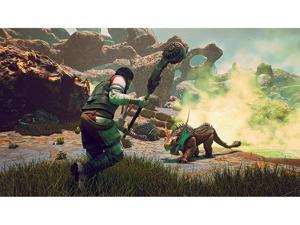 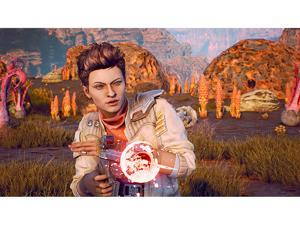 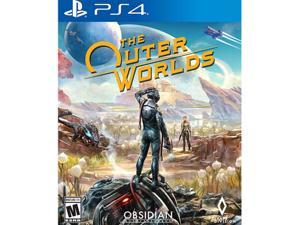 The Outer Worlds - Xbox One 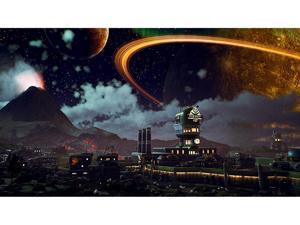 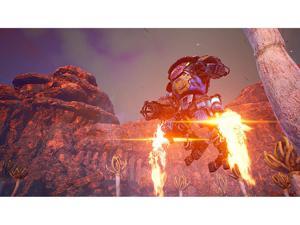 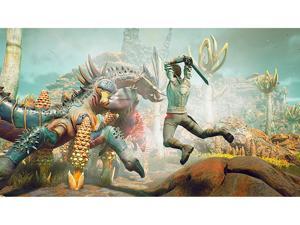 News
Dec 05, 2019
In the dark cyberpunk future of 2019, everything is an RPG. Leveling systems and inventory management are a part of every game from NeoCab to Call of...

News
Nov 19, 2019
RPGs, more than any other game genre, attempt to create a logical and consistent world. One of the defining elements of any believable RPG world is...

The Outer Worlds: Things to know before playing

News
Oct 23, 2019
The Outer Worlds is one of the least frustrating RPGs of its scope and size to be released in recent memory. Its helpful quest marker system and a...