Fire Emblem: Three Houses was a gigantic hit for Nintendo. It was the best-selling Fire Emblem title of all time. It won numerous “Strategy Game of the Year” awards and there was a real argument to be made about it being the Game of the Year for 2019. Fans everywhere sank hundreds of hours into this title (I myself have now sank about 300 hours into it across all playthroughs) and it stayed fresh in the gamer consciousness for almost half a year. That’s forever in internet time!

Of course, any time a game is a hit it inevitably brings with it a ton of DLC to extend the experience, but the DLC for Three Houses has been minor at best. We got two new optional characters, a few extra costumes, and some additional battles that could be fought in your free time. Nothing really expanded on the story, until now.

Enter Cindered Shadows the fourth and final DLC planned for Fire Emblem: Three Houses which just recently released. Cindered Shadows is all story all the time, taking you into the depths of the catacombs beneath Garreg Mach Monastery and its surrounding lands. There you find the Ashen Wolves, the secret fourth house of the Monastery filled with criminals, outcasts, and flat out crazy people. This house operates in the shadows, keeping tabs on the church and the events of the surface world. They have stayed hidden for hundreds of years…

… and it just so happened that Claude followed one of their scouts into a big ominous hole in the wall and now everyone is partying down here.

You kind of have to suspend disbelief to get into Cindered Shadows. The very concept of a secret underground fourth house that no one knows about is kind of absurd. However, if you can push your way past the first chapter, the extra story content is really rewarding. You learn more about Byleth’s mom, the history of the church and Foldlan, you even get inklings about what the many Lords were doing while they were off screen during their respective routes.

Playing Cindered Shadows is actually nothing like the main game. In fact, it’s a lot more like a classic Fire Emblem. You don’t get to recruit new characters or spend time at the monastery giving lessons or even unlock new classes or abilities. You are just given a group of units and a series of mission and you just need to do the best you can with what you have. Of course, these units involve all three house lords and the new Ashen Wolves characters, all of which are incredibly broken stat-wise.

To compensate for your immensely overpowered party, Cindered Shadows seriously ramps up the difficulty. There’s no way to grind, so money, items, and weapons are severely limited. Definitely play this with online features turned on, because the few extra items you get can really make a difference.

Most of the time enemies greatly outnumber and outpower you. Not only that, but reinforcements constantly funnel in on most maps. This isn’t a route you can just muscle your way through. You have to play smart.

And it’s harder to play smart than you might think, especially if you’ve gotten used to New Game + runs. You’ll end up running toward a goal line against a turn clock, being forced to prevent even a single unit death, even if you are on casual mode, being tasked with protecting an item, and a lot more. In fact, most of the goals in Cindered Shadows maps are much more unique than anything in the main game, and that’s refreshing.

Beating Cindered Shadows gives you quite a few rewards. For one, you gain access to all four new classes the Ashen Wolves bring into the mix. That includes:

All of these classes fill in gaps that were missing in the original class lineup, and in fact, the two previous DLC characters, Jertiza and Anna, seem to be built to fit into the Dark Flyer and Trickster classes respectively.

You not only gain access to these classes but to the Ashen Wolves characters themselves, complete with their incredibly overpowered stat growths. However, unlike in Cindered Shadows, the Ashen Wolves will join in on all your standard Monastery activities. That means they come with their own support conversations, special abilities, and the ability to change classes. They actually feel like much fuller characters than they do in their own story.

There’s a problem though. The support conversations with the Ashen Wolves have a lot of cool story in them, but to see them you’ll have to play through the main game AGAIN. Beating Cindered Shadows also gives you access to new shops and locations in the main routes, but once again you’ll have to play through the main story to get there. Maybe this is a big assumption on our part, but we have the feeling that most Fire Emblem fans that are hardcore to want to dive into Cindered Shadows have probably already completed all four main routes, and there’s not quite enough content here to really warrant going back.

Then there’s arguably a small issue with the Cindered Shadows story itself. When it was revealed that you got to play as all three house lords, many fans were hoping for a “golden route” i.e. a route where all lords work together against a greater evil and no one has to die.

This is not the case. In fact, the entirety of Cindered Shadows takes place before the time skip, before you even get your cool glowing green hair powers. That doesn’t mean that the story is not important or not good, but it does mean that it matters very little in the grand scheme of the game’s plot. There’s a reason why they called this a side story.

Like it or not you are still going to have to choose a side in this war, and that means other characters are going to die. This is by design. Intelligent Systems didn’t want Three Houses to be just another rerun of Fire Emblem: Fates. You aren’t going to get your happy ending.

And while that is understandable, it does mean that there are a lot of questions still left unanswered. While you are getting more story with Cindered Shadows you aren’t getting the story that ties up all the loose plot threads into a nice little knot. In fact, I’d say Cindered Shadows introduces more questions than it answers.

Maybe that is by design too. Maybe Nintendo is waiting to see how the DLC does and might consider another wave. They’ve done this with similar games in the past, like Smash Bros.

Either way, your enjoyment of Cindered Shadows is going to largely depend on your attitude toward Three Houses. If you are comfortably done with Three Houses then there’s not much reason to get Cindered Shadows. If you still have a Fire Emblem itch that needs scratching, Cindered Shadows is not only an interesting new take on the Three Houses system, it also opens up yet more options for your core game run-throughs. For me, this was enough to get me to dump a good long while into Three Houses again, but I probably won’t be here for another hundred hours. I’ll probably complete Cindered Shadows, do one run of my favorite house (Golden Deer forever) to enjoy the additional content and then finally let Three Houses rest on my shelf for a while. 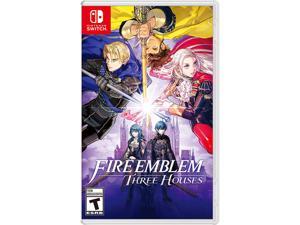 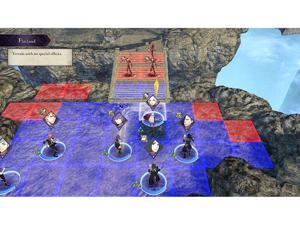 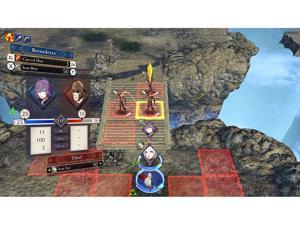 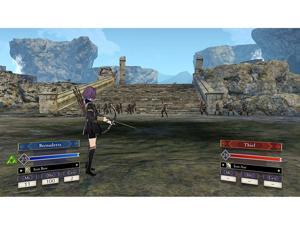 Fire Emblem: Three Houses: How to beat every chapter in Cindered Shadows

News
Jan 30, 2020
So Byleth has just released for Super Smash Bros. Ultimate , and a whole bunch of people are salty about it. Obviously this just means that not...

News
Jan 16, 2020
The big news from Nintendo today was the reveal of Byleth, the main character of Fire Emblem: Three Houses as Super Smash Bros. Ultimate DLC. You...