The eye-tracking features in The Division are subtle but awesome

As you are reading this, everyone you have ever met is (probably) playing The Division. It's shaping up to be a big hit, offering an engaging combination of tactical military action, MMO progression, and RPG-style abilities and buffs.

So approximately 10 billion people are playing The Division (give or take), but only a very tiny fraction of that playerbase is currently taking advantage of some of the coolest features the game has to offer: the support for Tobii eye-tracking technology found in the MSI GT72S Tobii laptop and dedicated Tobii eye controller systems.

Thanks to MSI, I had a chance to spend several hours with The Division's eye-tracking controls on the GT72S Tobii. I came away from the experience impressed with how well implemented these niche features are, and found myself missing them when I went back to playing the game on a traditional system.

Get your eyes in the game

The eye-tracking options are buried in the "3rd Party" section of The Division's menu. You won't be able to try them out without the proper hardware, but if you decide to splurge for the Tobii laptop or the standalone system you'll be unlocking functionality that, while not revolutionary or game-breaking, feels like an intelligent and useful complement to the core game.

The single best feature offered by the Tobii eye-tracking technology is the way it interacts with the heads-up display elements in The Division. MMO HUDs are traditionally crowded and cluttered things, and while The Division is nowhere near as bad as some offenders in this regard, the fact remains that your stunning views of a ravaged New York City are marred by a minimap, ammo and ability overlay, and other pop-ups.

With the right Tobii hardware, this HUD issue literally fades away. When you aren't looking at a HUD element it fades to near total transperency. But the moment you need it, just a glance will have it springing back into full view.

This is, quite simply, awesome. FPS and MMORPG games have long struggled to find the right balance between immersion in the game world and a HUD which provides you with all the information you need, and it turns out that eye-tracking technology offers the perfect solution. Your HUD elements are only there when you are looking at them directly; otherwise they fade from view and allow you to see more of the game world itself.

The Division's big, detailed map is one of the game's signature elements. And while the in-universe map interface you get when you press the "M" key is immersive and looks really cool, it can be a bit tricky to navigate. If you choose to use the Tobii functionality here, you can explore the map with your eyes, looking at missions and locations and being presented with information as you do so.

This map-exploring feature isn't one you really notice that much, and I didn't find myself preferring to navigate the map this way rather than just using a mouse. This function may be instructive for future games looking to add eye-tracking features: sometimes, mouse control just feels better.

Here's where the eye-tracking functionality actually starts impacting your gameplay. In much the same way as Tobii technology was used to aim grappling hooks in Assassin's Creed Syndicate, in The Division you can use your eyes to select cover you'd like to move to. Once you have your sights set on your goal, pressing and holding the space bar will start your movement from one bit of cover to the next.

I found myself using this particular feature a lot, and missed it when I didn't have it any longer. Sure, you can do the same thing by aiming with the mouse, but since you're already doing so much with your mouse in The Division it feels nice to offload this aspect of the job to your eyes (those lazy jerks, they never have to do any real work!). Unfortunately the cover selection wasn't quite as precise as I wanted it to be, and the further into the distance you look the less accurate things become, but overall it adds a lot to the gameplay experience, and just feels really cool to use.

Of all the features offered by eye-tracking in The Division, this is the only one that could really be regarded as a competitive advantage, though its so small as to likely be of no real consequence. A lot of the gameplay in The Division involves popping out from cover, firing at enemies, then popping back into cover before you get killed. With the Tobii option enabled, when you pop out of cover you will be aiming your weapon right where you are looking when you right click. Enemies on the roof? Just look at them and pop out, and they're toast. Want to alternate between aiming at enemies to the left and right? It's as simple as a flick of your eyes while you're in cover.

Using this feature properly takes a period of adjustment, but when it works it works really well. You can reliably shave a half second off of the time it takes you to start hitting your enemies when you pop out of cover, and while it never feels like an unfair advantage, it is something that you notice and that you'll miss when you don't have it.

Aiming out of cover is another issue, like the way the HUD is displayed over the game world, that has long seemed a little bit broken in games. And it's another issue that's nicely fixed by the addition of Tobii eye-tracking technology.

It's just a shame so few people are currently able to take advantage of it. 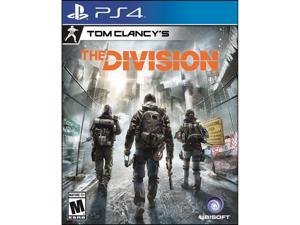 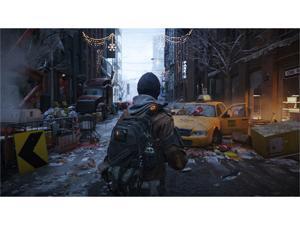 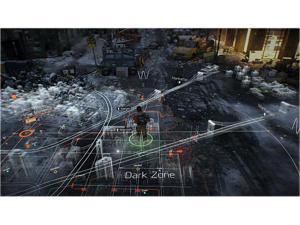 Hardware
Mar 29, 2019
One of the coolest things about gaming laptops is that one size does NOT fit all. Everyone wants something different when it comes to a gaming...

CES 2019: MSI brings laptops and monitors for gamers and professionals

Videos
Jan 15, 2019
At CES 2019, Michael and Eugene from MSI show off the latest hardware from the company, with options sure to attract attention from both gamers and...

Hardware
Jun 04, 2018
One of the most competitive markets in PC gaming is the gaming laptop space. Some of the biggest names in the enthusiast hardware market are...

Indie Game of the Month – One Step from Eden
News
Apr 09, 2020
Indie rogue-lites are a dime a dozen, and yet every couple of months some designer brings something totally new to the genre that keeps me playing for hours...

Resident Evil Resistance: How to win as both a Survivor and...
News
Apr 09, 2020
While the recently released Resident Evil 3 remake is a pretty solid single-player experience on its own , another big part of its total value offered is the...

HyperX Alloy Origins Core keyboard and Aqua switches sound...
Videos
Apr 09, 2020
HyperX has been making quality gaming keyboards for years with the Alloy line, and the product name keeps getting longer as they pack more features in. The new...