Public Events give you a chance to break up the monotony of grinding for gear by participating in a timed event with other players in the area, but if you’re really interested in getting the most loot for your time, it’s important to know that you can actually trigger a heroic variant of each event, which when completed will net you even more loot for a fractional increase in effort.

These heroic public events are easy to trigger, and don’t drastically increase the difficulty, so they’re a great way to farm both levels and extra gear that you can pull off whenever you feel like it. So, let’s dive into how to trigger each event.

Moving forward it’s important to be familiar with how to trigger each heroic event, because the worst part about trying to trigger many of these heroic events is when new or experienced players unintentionally make triggering a heroic event impossible because they’re so focused on the event itself that they lock out some of the necessary steps. It’s not a huge deal, but if you’re really deep in that loot grind it can be more than a little annoying to lose a chance at extra loot because of someone’s innocent mistake.

Ether Resupply: Triggering this event is pretty straight forward and most of the time people end up triggering it on accident whether they know about or not. When your primary target, the massive Servitor boss gets low on health he’ll summon a series of smaller Transport Servitors, destroy these servitors before they disappear and you’ll trigger the heroic event, at which point you just have to defeat your original target to complete the event and get your extra loot.

Injection Rig: This is easily one of the tougher heroic events, your targets are a series of blast vents on the sides of the injector, which will open after your kill the first unique Psion. You’ll need to destroy a set of three on the upper portion of the Injector, three more on the lower portion, and one more on the very bottom. Destroy them all and you’ll trigger an additional powerful boss to spawn which you can defeat to get your hands on some extra loot.

This event is difficult primarily because you’ll take damage while inside the dome while the vents are open, which often means that you’ll need to be prepared to die if you want to trigger the event on your own. The best strategy is to attempt this event with a friend or two in a fireteam, have one or two people focus on taking down the vents, and have at least one player prepared to rush in and revive anyone that goes down.

Glimmer Extraction: The Glimmer Extractor is probably the simplest Heroic Event to trigger but can at times be the hardest to pull off if other players aren’t giving you a hand. Shortly after the drill spawns and your targets teleport in, another small generator will spawn in near the glimmer extractor and begin pouring light into the drill.

To trigger the heroic event, you’ll need to focus fire on this generator until it explodes, it’ll take quite a bit of punishment to pull off and you need to do it before defeating each group of targets marked by the drill. We found that if you wipe out the initial wave of four Fallen, you’ll usually have time to destroy the generator before the Fallen Captain arrives.

Repeat this process for each time the drill spawns and it’ll detonate, creating a new objective that requires you defend a massive pile of glimmer from waves of enemies. Survive and the extra loot is yours.

Disrupt Vex Construction: This event is normally all about keeping the Vex away from the center tower construct, but there are several beams of light that lead to several small capture points around the construct. Capture each point without failing the defense event and you’ll trigger the heroic variant of the event, which spawns a massive Hydra. Defeat the Hydra and you’ll be free to claim your prize.

Witch Ritual: This event is occasionally a cluster of lights and sounds that make accomplishing anything almost impossible, so triggering the heroic event can be hard to follow. Fortunately, it’s relatively simple once you know where to look. After defeating the first two witches by disabling their shields using the green glowing platforms, you should notice the green platforms reappear, stand on the platforms and shoot the glowing green crystals that spawn beside the portal, this’ll trigger the heroic variant of the event and give you a shot at your extra loot.

Cabal Excavation: This event is normally a straight forward wave defense mission, but you’ll notice a large red ship called the Thresher that periodically swoops in and drops off additional enemies. Focus fire on this ship when it swoops in, which arrives around 50 percent, and destroy it to trigger the heroic event, which will spawn a tough boss that you’ll need to defeat to earn your extra loot. This is actually one of the few heroic events that can be completed faster than the original, just make sure to switch to your power weapons any time the Thresher moves in and you’ll be able to trigger the boss long before the initial event would normally end.

Taken Blight: As far as heroic events go, this one is my favorite. Normally completing this event involves destroying the smaller blights to damage the larger one, but part of destroying each of these smaller blights is stepping into their bubbles. To trigger this heroic event, you need to step into these bubbles and then step out, you’ll notice that you now have a strange buff called “Blight Receding” which when active, will allow you to damage the larger blight with your weapons. Keep weaving in and out of the bubbles to refresh the buff and dish out damage to the larger blight until it detonates. This will spawn a much larger taken boss called the Blightmaker, defeat this boss to complete the heroic event and claim your reward.

Devil Walker: Possibly the most common event on Titan and one of the easiest to trigger. When the first devil walker spawn, focus fire on its legs just like in the original Destiny. When it goes down it’ll release several detonation charges that you can snatch up from the ground and stuff in the machines next to each shielded pack of Fallen supplies. Slam dunk two charges for each shield and repeat the process for all three shields and you’ll trigger the heroic event, which will spawn a second Devil Walker. Snag the weapons that were hidden behind the shields to make destroying the two walkers easier and finish the battle to spawn the heroic event’s loot chest. 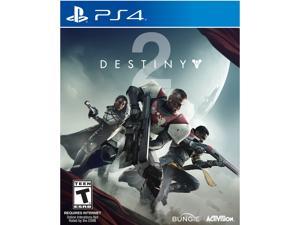 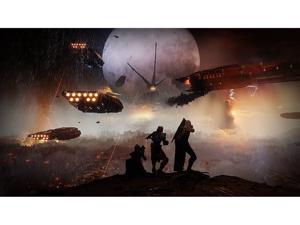 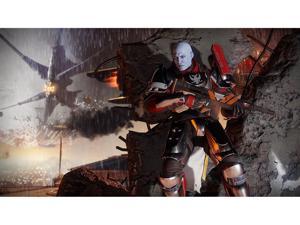 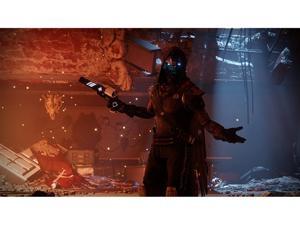 Destiny 2: How to get The Fourth Horseman exotic shotgun

News
Mar 24, 2020
We’re only a few weeks into Destiny 2’s latest content season, the Warmind-themed Season of the Worthy, and yet there are already two new exotic...

Sony reveals PlayStation 5 controller – The DualSense
News
Apr 07, 2020
It appears as if Sony is finally ready to share some new details about its upcoming PlayStation 5. They recently revealed PS5’s controller, the DualSense, in a...